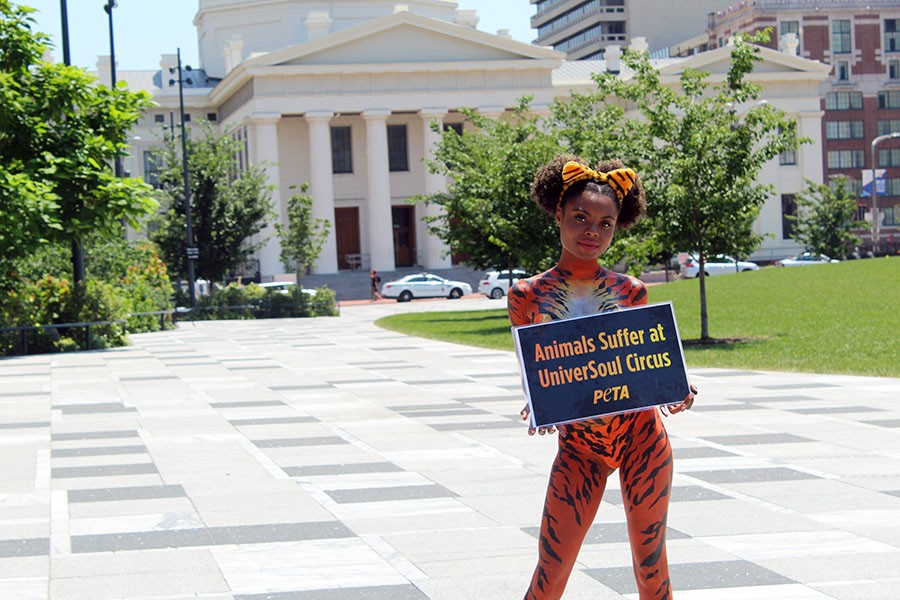 PETA, or People For The Ethical Treatment of Animals, held a protest this afternoon targeting the UniverSOUL Circus, which opens at the Dome at America's Center tonight.

Naturally, they did it with a young woman and body paint.

PETA claims that UniverSOUL abuses their elephants and tigers, so a member of the organization stood at Broadway and Chestnut wearing only her underwear and body paint. She carried a sign that read, "Animals suffer at UniverSOUL Circus."

"UniverSoul Circus denies tigers, elephants, and other animals everything that's natural and important to them—just for a few fleeting minutes of human amusement," PETA Foundation Associate Director of Captive Animal Law Enforcement Rachel Mathews said in a prepared release. "PETA is calling on everyone to refuse to buy tickets to any circus that still uses animals."

UniverSOUL Circus is a national act. It's slated to perform in St. Louis from July 12 to 22. 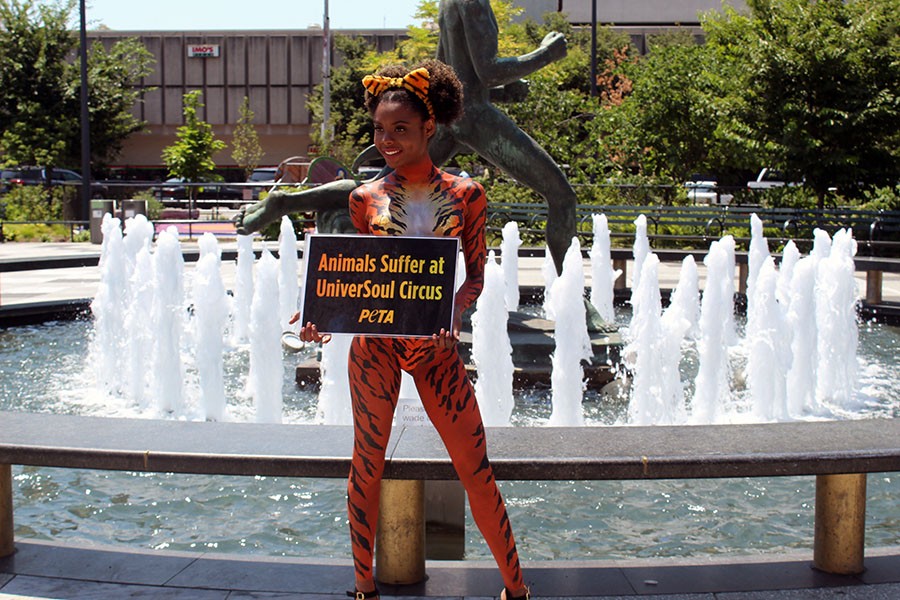