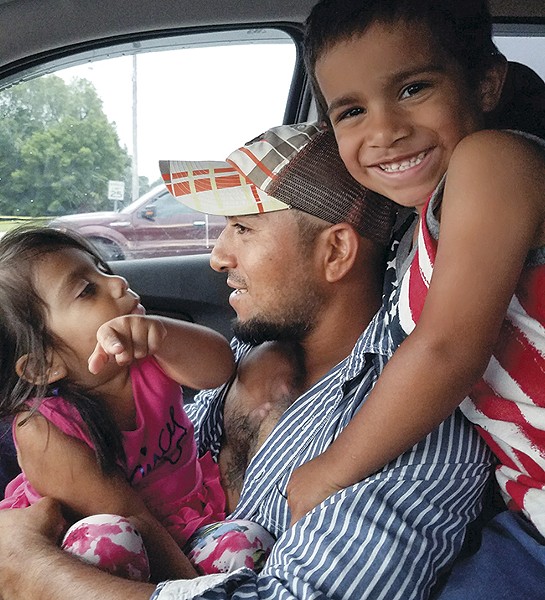 
Garcia, who was the subject of a Riverfront Times cover story in November, fled Honduras more than thirteen years ago and crossed the border in Texas. He quickly made his way to Missouri and settled in Poplar Bluff, where he married a U.S. citizen. Until last fall, he had been working in construction and raising their five kids.

"Alex is far from being a threat either to the community or to national security," Clay wrote to ICE Regional Director Ricardo Wong in a June 27 letter publicly released for the first time yesterday.

In fact, Clay wrote, Garcia has "become a respected member of the community and a pillar of support for his family."

Under the Trump administration's "zero tolerance" approach to illegal immigration, ICE officials ordered Garcia in an August 2017 letter to report for deportation. He had previously been granted two year-long stays, but under the new, hard-line approach, his request for another stay was denied.

The process for legal re-entry would require Garcia to leave the country for ten years and then reapply. Faced with being separated from his wife and kids, who are all U.S. citizens, Garcia instead took sanctuary in Christ Church in Maplewood.

So far, ICE has refused to reconsider, despite broad support from the community in Poplar Bluff and here in the St. Louis metro region. Clay met with the family in May at the church and says there is no reason to separate a hard-working dad from his children.

"Anyone who meets Alex Garcia and his wife would be immediately moved by their courage, their dignity and their determination to keep their family together," Clay said in a written statement.

An ICE spokesman declined to comment, telling the Riverfront Times in an email the agency would respond directly to Clay.