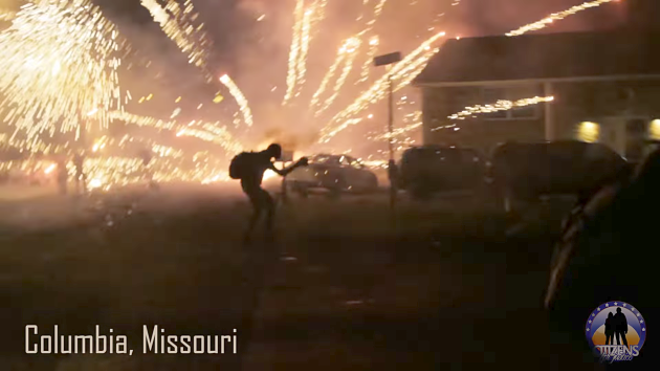 Man is born, man lives, and then man dies. Somewhere in the middle, if he has lived a truly fortuitous life, man is able to take part in harrowing, full-scale incendiary warfare against his own neighbors, armed to the teeth with thousands of dollars of explosives and more than a little disregard for his own safety or well-being.

The good people of Columbia, Missouri, know this, and that's why some residents have held an annual fireworks war on July 4 for more than 30 years now. The event does have its detractors, who for some reason take issue with hellfire raining from both land and sky onto their homes and property — but its proponents see it as a tradition to be dutifully upheld.

“Everybody out here just has a good time and gets along,” Frankie Harris, one of the war's regular participants, tells the Columbia Tribune. “The community gets together, puts their differences aside and just has fun shooting fireworks. Don’t get me wrong, they do shoot at each other, but that’s the point of the war.”

Among the tradition's biggest detractors, naturally, are the local police. In years past the battle took place primarily on Bodie Drive on the north side of the city, but fireworks are illegal within city limits, and police warned this year that anyone caught with them would be heavily fined. So the event's organizers moved the war and its 100-plus participants some fifteen minutes away to Demaret Drive — county territory, where fireworks are legal.

The venue change didn't do much to mollify the authorities, with Sheriff Dwayne Carey of the Boone County Sheriff's Department vowing that this year's war would be the last.

"We have 364 days to address this problem," Carey tells ABC 17 News in Columbia, "and if I have to take all 150 members of this department, we'll arrest everyone that's involved next year."

But Ahmonta Harris, who has organized the war for the last ten years, isn't fazed by the sheriff's threat.

“By no means does this scare anybody,” he tells the Columbia Missourian. “If anything, it makes me want to do it more.” 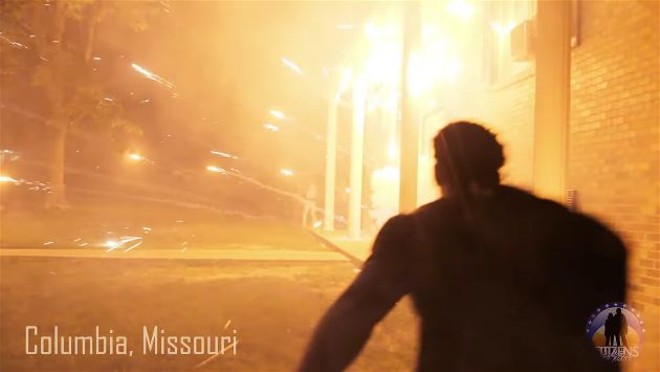 While it's easy to imagine how cool the mounting and inevitable war of fireworks enthusiasts versus riot cops would look in endlessly looping news footage, it does seem a frightening escalation.

That's why Nathan Stephens, a local man who was involved in the war efforts back in the early '00s, came up with a different kind of proposal. Stephens, 47, suggests that the county rent out the Central Missouri Events Center grounds to the firework war veterans. There, total war could be waged away from residential neighborhoods and innocent civilians. He submitted his proposal to the Boone County Commission early last week, the Columbia Missourian reports.

But one candidate running for Boone County's Presiding Commissioner, David Seamon — a hero and patriot who loves freedom (we're guessing here, based solely on his stance on this matter) — has come out in favor of the idea.

"The proposal submitted to the Commission to move the annual Fireworks War to the Fairgrounds is an excellent first step and should be given serious consideration," Seamon wrote earlier this week on his campaign's official Facebook page. "The event has been taking place since the early 80s, and participants view the war as a community building event. I would take Ahmonta Harris at his word when he says they aren’t going to stop. Finding a safe, controlled space to continue the tradition should be our goal."

Again, we really don't know anything about this guy, but: Vote for him. 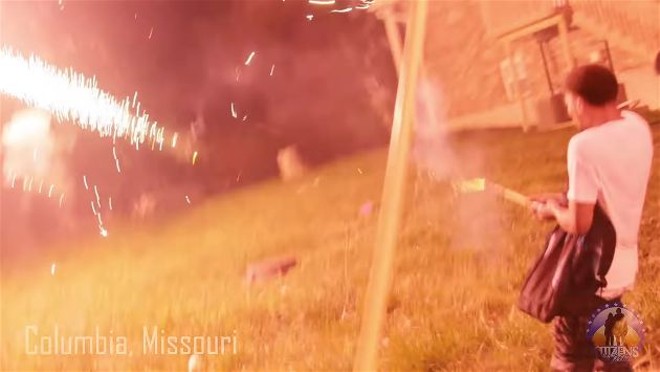 But no matter how the legalities play out, Ahmonta Harris has made clear he does not intend to stop next year. For him, the annual war is part of what defines his city.

Watch video of this year's event below, shed a tear at its sheer beauty and say a little prayer that this proud pyrotechnic tradition can find a way to continue. After all, if you can't blast a missile packed with potassium nitrate, sulfur and carbon dioxide directly at your neighbor, what's the point of living in Missourah?