Josh Hawley Is Pumped About That Supreme Court Vacancy 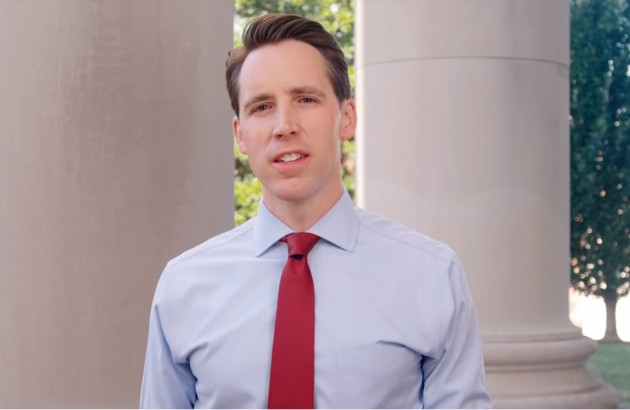 Josh Hawley is pretty psyched about the opening on the U.S. Supreme Court.

Immediately after Justice Anthony Kennedy, often the swing vote on contentious decisions, announced his retirement, the state's attorney general sent out an email to supporters of his Senate campaign against incumbent Claire McCaskill (D-Missouri).

"Now the fight is on to replace [Kennedy]," Hawley wrote. "I know the stakes. I started my career working at the Supreme Court. I’ve litigated there. And now we must fight to see that Senator McCaskill doesn’t stop the president from appointing a conservative to replace Kennedy."

Now, Hawley is focusing his first TV ad on what is sure to be a fight over the opening. Trump is expected to announce his nominee at 8 p.m., Central Standard Time, tonight from the White House.

In the campaign commercial, which begins airing today, Hawley warns that McCaskill "wants liberals in charge.

Hawley previously clerked at the Supreme Court for Chief Justice John Roberts and has established himself as a favorite of social conservatives. He painted himself as an outsider and alternative to career politicians during his successful campaign for Missouri Attorney General in 2016. He was still in the first year of his four-year term when he officially announced a run against McCaskill.

Hawley has seized on the Supreme Court opening as a way to further appeal to conservatives and align himself with Trump, who won big in Missouri.

"I am confident that President Trump's nominee will be dedicated to preserving our constitutional freedoms and will protect the life of the unborn," Hawley said in another email to supporters.

Trump said during the presidential campaign he would try to appoint pro-life judges to the Supreme Court and that Roe v. Wade would be overturned "automatically" as a result. Now that he is preparing to make his second pick to the Supreme Court, conservatives see the possibility within reach.

Hawley, recently endorsed by Missouri Right to Life's PAC, has keyed in on the opening, returning to one of his favorite parts of his resume.

"I got my start at the Supreme Court, defending religious liberty," he says in his new ad. "I even met my wife there – she’s a tough lawyer, too."

McCaskill responded to Hawley's ad by emphasizing she had voted to approve 76 percent of Trump's judicial nominees and the majority of his cabinet picks.

"Josh Hawley can try to mislead Missouri voters all he wants, but that won't change Claire's clear record of working across the aisle to get things done for Missourians," a McCaskill campaign spokesman, Eric Mee, said in a news release.