St. Louis, the Nation's Dumpster Fire HQ, Lives Up to Its Reputation 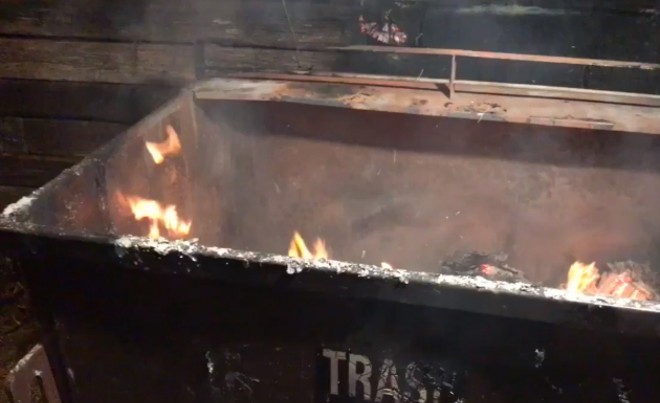 In keeping with tradition, St. Louis celebrated Independence Day with a series of dumpster fires.

In fact, the fire department responded to no less than 50 dumpster fires and their close cousin, trash fires, during this year's Fourth of July festivities.


"Here is yet another dumpster fire," he says while narrating a video of a literal dumpster fire late Wednesday night.

It's not like we just love fire for fire's sake. There seems to be something particularly appealing about the dumpster fire to St. Louisans. Other categories of non-dumpster fires — house fires, car fires, grass fires, miscellaneous fires — only totaled 33 calls combined for the day.

That's still a lot of calls (fireworks have a tendency to do that), but not dumpster fire numbers. No, the dumpster fire holds a special place in St. Louis' heart ... so much so that we couldn't limit our love to just one night.

Firefighters were back out again Thursday afternoon.