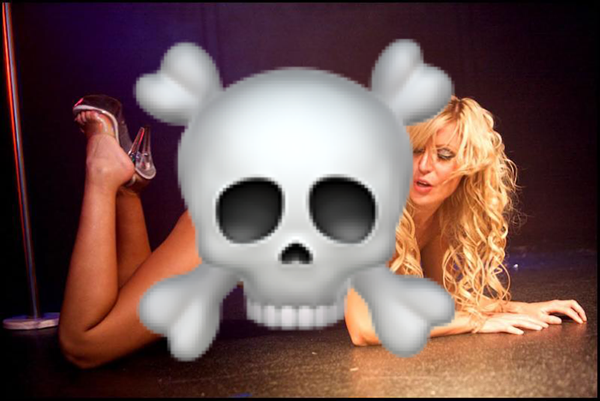 An unknown substance shut down the Brooklyn, Illinois, strip club Roxy's (210 Madison Street, Brooklyn; 618-274-4491) early this morning, with six people being treated at a hospital after coming in contact with some sort of toxic substance.

The substance reportedly caused the people to become ill; some even passed out and required CPR, according to news reports. Three of the people treated were first responders — one EMT and two police officers, who had been called to the scene at around 2:30 a.m.


According to a Fox 2 article published this morning, the two sickened officers are stable and expected to recover, but the condition of the others who had fallen ill is unknown.

After the incident, the building was cleared and secured and photos from KMOV show a hazmat team investigating. KMOV's Eric Cox reported that the club was under quarantine as of 3 a.m.:

Illinois State Police are sending the substance in for testing so they can find out what made the people so ill. Some locals have speculated in online comment threads that the situation could be related to fentanyl, a powerful opiate that has been plaguing the St. Louis area for years. A painkiller that's 100 times more powerful than morphine, fentanyl can be dangerous to unwitting bystanders who breathe it in or absorb it through the skin.

Still, while the theory makes sense, it's worth mentioning: it is only a theory, and we'd all be wise to consider the source for what it is until the police make an official determination.

BREAKING: Several people taken to the hospital after something made them sick at the nightclub Roxy's Strip Club in Brooklyn, IL. @KatieKormann is getting more details for @FOX2now in The Morning pic.twitter.com/yKeNQSEi37