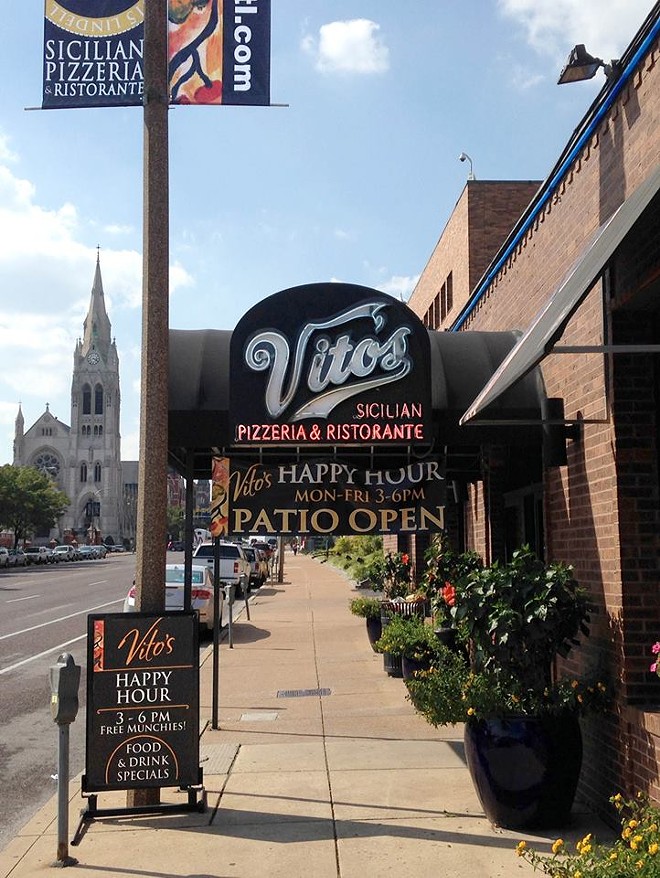 The point man in the bungled carjacking of a pizzeria owner was sentenced this morning to twelve years in federal prison.

Quavo Demontae Williams and two accomplices targeted Vito LaFata III in July 2016 as he walked through the back parking lot of Vito's Sicilian Pizzeria & Ristorante toward his car.

Williams, 22, of Washington Park, Illinois, walked up and asked for directions while the others hid nearby with handguns, authorities say. As LaFata tried to help, the others popped out and ordered him to hand over his car keys.

LaFata complied, but the hapless crooks couldn't figure out how to work the push ignition on his 2015 Volkswagen and had to ask him for instructions. He told them what to do and then bolted during the confusion. Williams ordered one of the gunmen, Stephen Redd, to "get him," authorities say.

Redd fired once and hit LaFata in the leg. The wounded pizza maker kept going around the corner and across the street onto the campus of Saint Louis University, where he contacted campus police.

Two days after the shooting, LaFata recounted the frightening encounter on KTRS.

"If I would have stuck around who knows what would have happened," he said.

Luckily, the would-be carjackers were as clueless as they were violent. Even with LaFata's directions, they could not get the Volkswagen started. They fled, and the third suspect, Keonta Douglas, left his cell phone behind.

"The world's dumbest criminals," LaFata joked on the radio.

The FBI was later able to trace the phone to Douglas. Prosecutors from the U.S. Attorney's Office prosecuted the trio. Douglas and Redd pleaded guilty last year. Douglas was sentenced to eight years and six months in prison. Redd got twelve years.

Williams pleaded guilty in March to attempted carjacking and a felony gun charge.