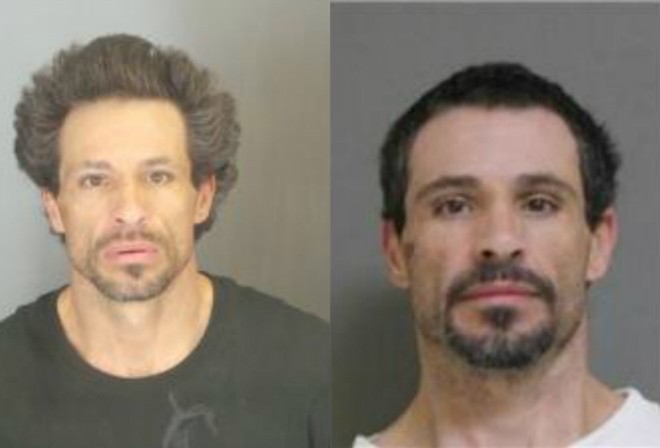 A 42-year-old sex offender was in custody when he stole a Jefferson County Sheriff deputy's car and led police on a nearly three-hour manhunt before he was caught again in Washington County, authorities say.

A JeffCo deputy took him into custody about 9:30 p.m., but Hopkins somehow managed to slip into the driver's seat and speed off. Despite his high-profile getaway vehicle, he kept police from multiple law enforcement agencies running through the night.

"I don't think he had a good plan, but he did better than I thought," Higginbotham says.

The search finally ended about 12:10 a.m. in Washington County. Higginbotham says Hopkins was taken into custody off Providence Road near Highway 47. It's a remote area in the rural county. Washington County Sheriff Zach Jacobson tells KMOV that deputies chased the stolen patrol car through fields and woods until it finally stopped at the bank of a creek bed.

Hopkins has a long criminal history, and he's listed on the state sex offender registry for a sodomy conviction from 1993. Hopkins, eighteen at the time, sodomized a fifteen-year-old boy in De Soto, records show.

He has had multiple addresses, including the Missouri suburb of O'Fallon. Higginbotham says it appears he moved around a lot, and they had addresses for him in Festus and Hillsboro.

He is now in Jefferson County Jail. Higginbotham says he will be facing new charges related to last night's incident.