Get a Load of the Grove's New Balls

UPDATE: June 22, 2018 - This story has amended since it was first published, see information from the Mayor's office below.

Here in St. Louis we are obsessed with our balls. We've shown them to everybody. To be honest, we just love it when people look at our balls. And though they're usually just in the way, sometimes they can be cute and sometimes they even inspire a snail trail.

Our balls are so famous that people even have nicknames for them. They're usually called "Slay Balls" after former St. Louis Mayor Francis Slay (kinky...) but those who are more intimate with our balls call them "Ingrassia Balls" after the 6th Ward Alderwoman named Christine Ingrassia, who displayed our balls without shame right on the corner of Shenandoah and Compton.

Our balls stop traffic, honestly. Everybody likes to give them a nice, long, hard, thick look as they drive by them. And now, our balls are bouncing over to the Grove.

Shaped like true family jewels, these warm stones are now catching a breeze at the intersection Manchester and Sarah. 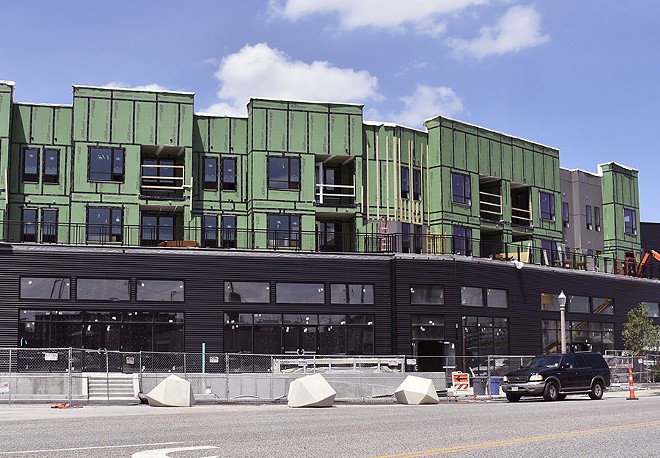 Some have called the new arrivals "cubist testicles" and these Dungeons & Dragons-inspired gobstoppers also prompted at least one notable local to propose that they be called #KrewsonKubes.

And though our deformed balls might look like first generation PlayStation graphics, they have an important job: to be out and proud and encourage you to drive carefully and make dirty jokes constantly.

We'll let you know if our balls pass the testes — er — test. Until then, please enjoy these unsolicited photos of our balls.

UPDATE: We spoke to the Mayor's office and found out that these balls aren't really #KrewsonKubes after all. They were put there by a developer, not by the city. (They still look cool, though.) 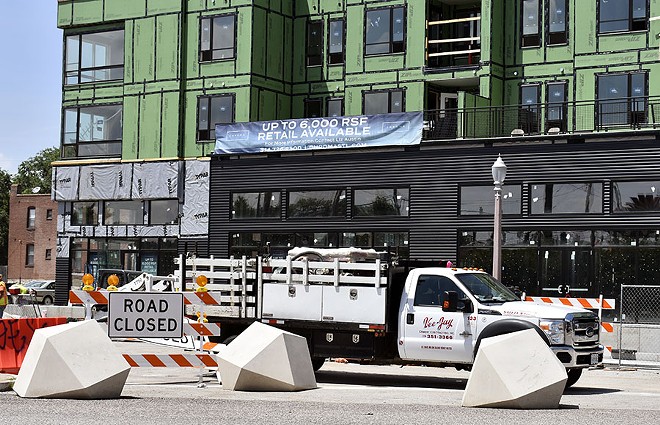