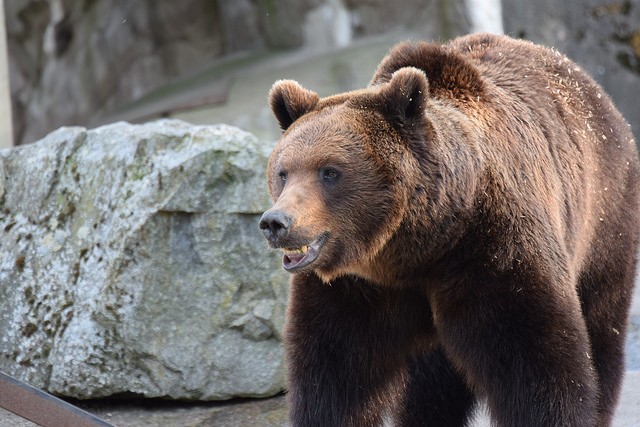 Public Service Announcement: There is a bear in Ballwin! And it's a "large bear," if the people who called the city's police department can be trusted.

Witnesses spotted said bear about 8:30 p.m. Sunday as it ran between the Castle Pines subdivision and Oak Run Lane. There are a bunch of houses in the area, but also a lot of trees. It is just north of Castlewood State Park, which seems like one of the better places in the area to live if you're a bear.


Police say you should be careful, especially if you have pets.

"At this time, we are urging residents in the southern portion of Ballwin to keep their animals inside, bring in trash and be alert to the possibility of a bear in the area," police said in social media posts last night.

It is apparently bear season. People in the small north Jefferson County town of Pevely also spotted a lanky black bear last week. Police there suggested the possibility of two bears in the vicinity, saying everyone should be alert without freaking out.

"We can not guarantee the bear will not do any harm to humans IF put in a situation where it has to do 'bear things' to defend itself," Pevely cops said in in a Facebook post. "However; we do believe there is no reason to worry. Please keep an extra eye on small pets and for a few days we recommend you bring in any animal feed."

Both Pevely and Ballwin police contacted the state Department of Conservation for help with the roaming bears.

This morning, Ballwin cops advised there have been no more bear sightings, but told people to keep an eye out. Also, "please do not approach the bear if you happen to see it."