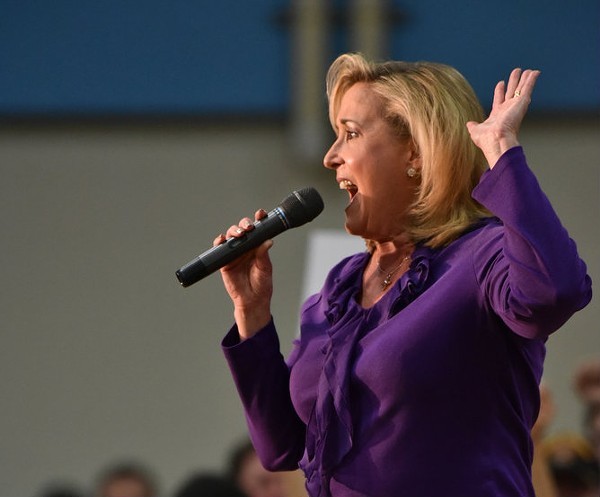 U.S. Representative Ann Wagner (R-Ballwin) may have yet another reason to be worried about this midterm election: The Obama team is gunning for her seat.

Missouri’s second congressional district, which Wagner represents, is one of 27 to appear on Organizing for Action’s new midterms hit list, Politico reports. The district, composed mostly of St. Louis’ southern and western suburbs, is the only one in Missouri to land such a spot.

Organizing for Action is a progressive political organizing group that rose from the remnants of Barack Obama’s old campaign. While the group previously focused on working with elected officials to affect change, this year, it will be more directly involved in campaigning, with the hope of electing representatives on board for Organizing for Action’s goals related to health care, the environment and economic fairness.

Of the 435 congressional districts constituting the House of Representatives, the 27 selected by Organizing for Action staff share a handful of key characteristics. Each is located in an area where the group already has a presence, yet is not one of the swing districts already garnering national attention and resources.

In a statement, Organizing for Action spokesman Jesse Lehrich explained that representatives in the selected districts have a history of prioritizing the wealthy over hard-working families.

Organizing for Action will not flood the airwaves with glitzy advertisements. Rather, volunteers overseen by staff in the group’s Chicago office will lead on-the-ground campaigning.

Organizing for Action’s involvement may not be the only reason for Wagner to be nervous about this campaign.

In 2013, Wagner took office with about 60 percent of the vote. During her time in Congress, Wagner laughed on camera at the slashing of the Affordable Care Act, voted against the Violence Against Women Act and called a group of constituents hosting a town hall “radical leftists.”

This midterm season, Republican candidates locally and nationally are already struggling in the shadow of Donald Trump’s presidency. Earlier this month, Democrat Lauren Arthur easily won the special statehouse election in a Kansas City district that Trump ran away with in 2016.

Wagner faces opposition from Cort VanOstran and Mark Osmack, among others, on the Democratic side of the race. At the time of their last filing, in March, VanOstran had already raised more than $500,000, election records show.

Editor's note: A previous version of this story provided the wrong first name for the triumphant Democrat in a special election earlier this month. She is Lauren Arthur. We regret the error.