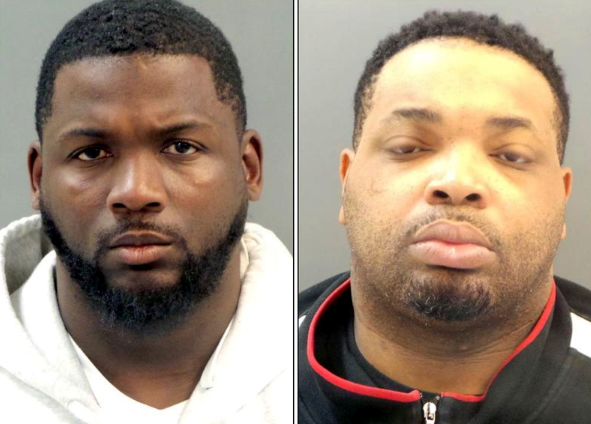 Two suspects connected to a years-long campaign of car break-ins and burglaries downtown are back in custody, police say. Previously, the two men, Lamonte Brown and Jason Holmes, managed to remove their GPS devices and disappeared. Wearing the devices had been a condition of their bond.

According to a statement from St. Louis police spokeswoman Schron Jackson, Brown and Holmes were apprehended yesterday around noon. Both men were located at a house in the 1800 block of New Sun Court in Florissant.

Each suspect is facing 36 criminal charges, including dozens of charges for robbery, stealing and property damage linked to robberies going back as far as 2014. Three other suspects have been charged in connection to the theft ring.

However, the very fact that Brown and Holmes were permitted to bond out had raised controversy — city alderman Jack Coatar accused Circuit Attorney Kim Gardner of failing to do her job, and Gardner pointed fingers at the police and the city judge who presided over the bond hearings.

Police have recovered hundreds of items from homes that were allegedly used to warehouse stolen goods. If you've been the victim of a car break-in around downtown, the St. Louis Metropolitan Police Department has set up a dedicated website cataloging the vast array of recovered property. (Did you lose a bayonet, by chance?)

As for Brown and Holmes, they'll need a small fortune to buy their freedom before trial. The bonds are set at $150,000, cash only.