Kirkwood Church Vows to Take in Undocumented Immigrants in Sanctuary 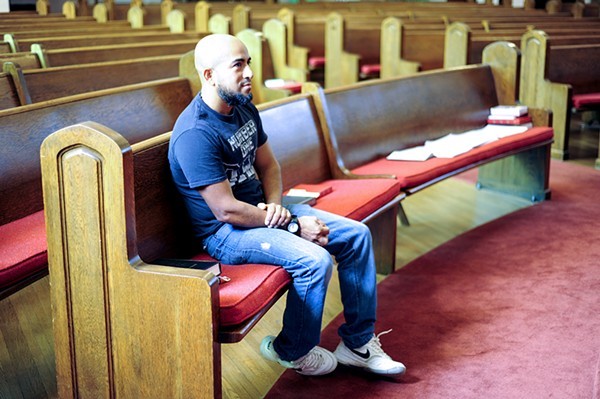 Following the lead of Christ Church UCC, a church in Kirkwood has voted to open its doors to undocumented immigrants refusing orders to leave the country. Eliot Unitarian Chapel (100 South Taylor Avenue, Kirkwood) announced yesterday that it would defy the federal government and become a sanctuary church.

“Our congregation stands with undocumented people in protesting the immoral laws and practices that tear families apart. Eliot Chapel is prepared to shelter an undocumented person or family vulnerable to deportation if we are approached to do so. We encourage other faith communities to join us,” the Rev. Barbara Gadon, Eliot Chapel’s lead minister, said in a prepared statement.

In the statement, Godon said the church was preparing its physical space in preparation for someone who might choose to take up residence there.

As a matter of policy, Immigration and Customs Enforcement discourages making arrests in sensitive locations such as houses of worship. Seizing onto that, some churches critical of President Donald Trump's crackdown on illegal immigrants have opened their doors to those under orders to leave. So long as the immigrants don't ever leave the premises, ICE has been unwilling to come and get them.

While the St. Louis Coalition for Sanctuary was founded in 2017, so far its network has taken in just one immigrant: Alex Garcia, who claimed sanctuary at Christ Church UCC last September. Garcia, the father of five and a laborer who lived in Poplar Bluff, has spoken out about his plight in a desperate attempt to reverse the order that he leave the country. (He even recently got a visit, and a pledge of support from Congressman William Lacy Clay.)

If Garcia accepted the government's orders, he'd be forced to return to Honduras — with no hope of returning for at least ten years.

In Eliot Chapel's statement, Gadon said her congregation had been active in assisting Garcia during his stay. "They have witnessed how valuable sanctuary is for this one family, the church explained in its statement. "Knowing that there are as many as 50,000 undocumented people living in the St. Louis metro area, Eliot envisions a broad community of congregations willing to protect those who face deportation."