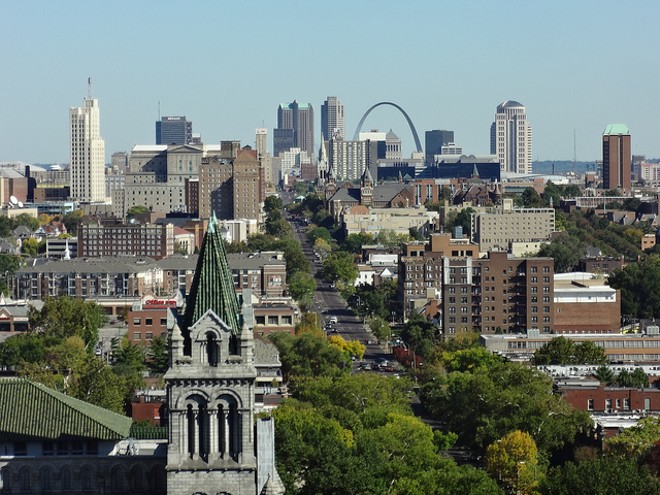 St. Louis may have fallen to 61st in the U.S. when based strictly on the population within city limits, according to recent census data.

But by one equally important measure, we're not doing nearly so bad — we're actually 26th when it comes to population density. And that's a far more valuable metric when assessing the feel of a city, the kind of vibrancy that makes people want to visit and even put down roots.

The density numbers were calculated by Cleveland.com, an arm of the daily newspaper there. As the paper shows, we've got a relatively compact 61.9 square miles, which makes our population of 308,626 much more compact than many cities that technically boast higher numbers of residents.

In fact, judged by density, we rank higher than Detroit, Las Vegas, Denver, Phoenix, San Diego, Dallas, Houston, Atlanta, Austin, Charlotte, Nashville and many, many others currently perceived as "growing" or even "thriving."

Closer to home, Missouri's second densest city came nowhere close. Kansas City, Missouri, ranked No. 78 on the list, showing that being the biggest in Missouri certainly doesn't equate to having the highest population per square mile.

As for Cleveland, whose newspaper compiled the list, it actually finished just behind St. Louis, with a density of 385,525 across its 77 square miles. That's good enough to rank 27th.