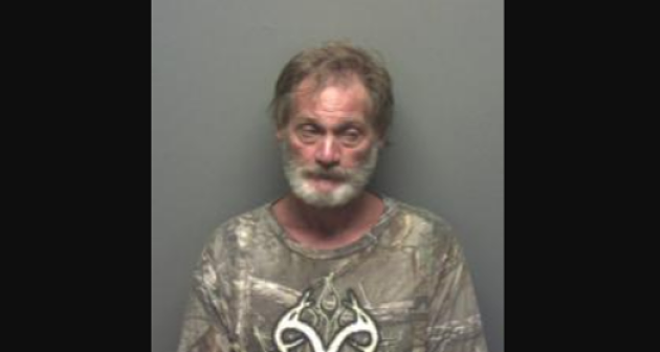 A Missouri man who apparently thought he'd found a legal loophole large enough to drive an unlicensed motorcycle through was arrested Sunday in St. Clair after riding his bike through the yard of a Knights of Columbus Hall.

KMOV reports that Michael Hawkins, 59, was spotted by police while riding his motorcycle through the grass in front of the hall on Route 66 Sunday night. When an officer pulled the resident of Sullivan, Missouri, over to ask why he was doing that, Hawkins hit him with a crafty defense: He told the officer he did not have a driver's license, nor was his motorcycle licensed, so he was sticking to riding through lawns to avoid getting a ticket.

There's some logic to the creative legal theory: Why no, officer, I do not have a license to drive through this grass, because no one has a license to drive in the grass! Take that copper! *Fires up bike, blasts across a whole street's worth of residential yards, pink flamingo lawn ornaments flying in his wake as the officer shakes his fist and mutters to himself, defeated.*

Ultimately, though, it was a big swing and a miss. When the officer ran Hawkins' name he was found to have outstanding warrants and he was taken into custody.

Considering the fact that this incident took place in Franklin County, which just last week was the site of such similarly creative legal defenses as "I was just trying to run over a dog, officer" and "I thought the car that I fired my rifle into as it was driving down the street had different people in it than the ones I shot," Hawkins can be forgiven for thinking he was on to something here. Given the culture of the decidedly wild county, it was certainly worth a try.

Hawkins was taken to the Franklin County Adult Detention Center, where he is being held on a $4,500 bond.