That’s right, Martin finally figured out how to reach his base on its intellectual level. This 36-page sacred text — a joint release with Clayton-based Really Big Coloring Books — features illustrations for coloring and reproductions of Trump’s most popular tweets on each page. And just in case reading the tweets is too difficult, the pages also include QR codes that customers can scan and to hear Ed Martin talk about the tweets and the effects they had.

Considering his years-long, scorched-earth battle with Schlafly's former board of directors over the organization she founded, Martin fans should consider themselves lucky that he managed to pry himself away to record the audio bits.

Though it all seems like a joke that we’re not in on, this is an actual product and it will be released this Thursday. Really Big Coloring Books is totally serious about this. "The 8.5” x 11” high-quality book is available on Amazon and the company website, www.coloringbook.com and sells for $9.97, song included," publisher Wayne Bell tells us.

Bell, of course, has made a mint with his politically themed coloring books. Back in 2010, he published the Tea Party Coloring Book for Kids and made a mint pushing conservative values on impressionable youth. He's since raised the stakes by depicting in coloring book form the killing of Muslim extremists and (incongruously) a reminder that Being Gay Is Okay.

This time around, Bell is even throwing in a few original songs, including "Can't Trump This" and "Covfefe," all by the Color Tones. Because those just might be the free cherry on top that persuades you to close on this purchase!

The website for the product says that Trump is the first President to run his office from Twitter and they include that fact like that isn’t even a bad thing. Wild.

If for some reason you feel compelled to give these people money, you can buy your own on Amazon or at ColoringBook.com. And while you're online placing your orders, somebody send Martin some breath mints, will you?

Below, a few excerpts from this madness: 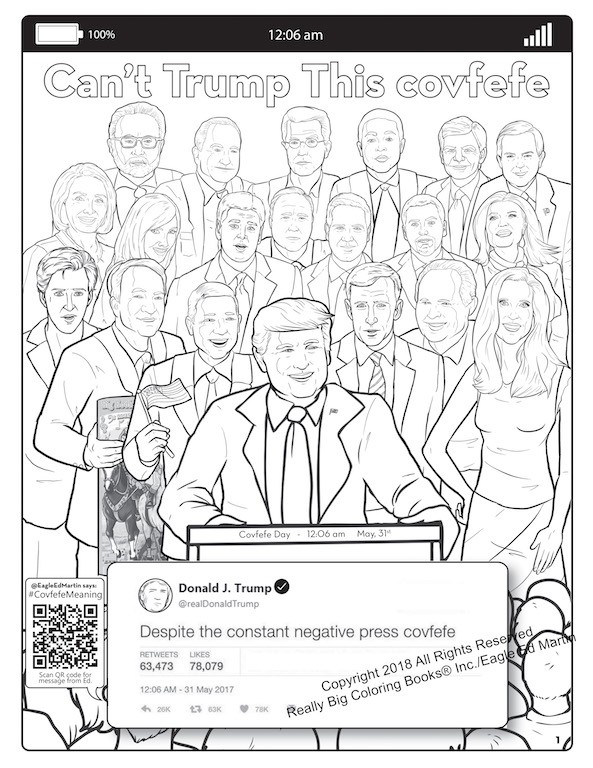 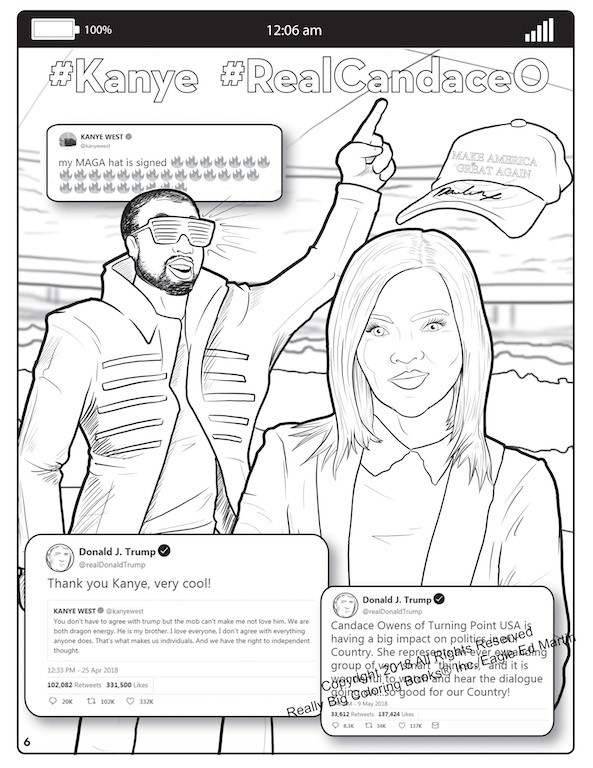 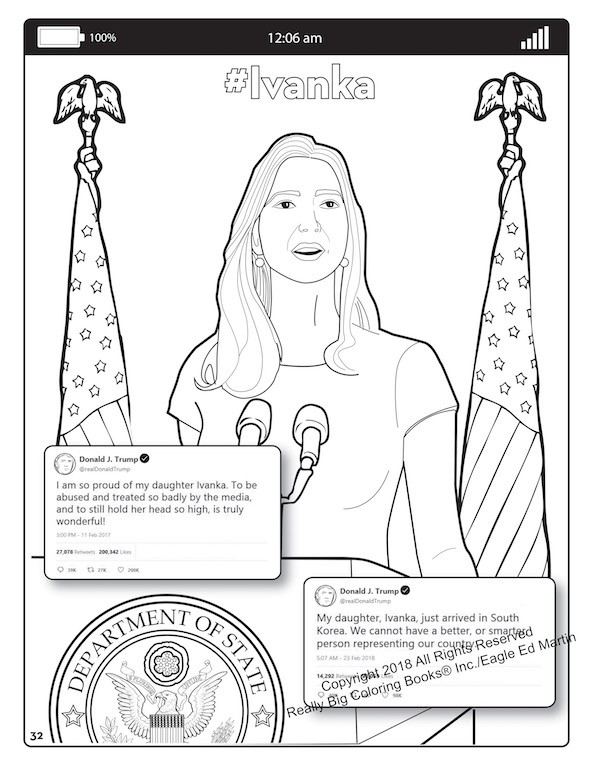