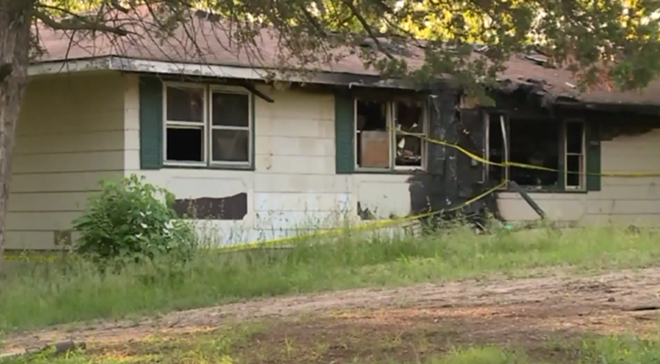 A Franklin County man has been charged with felony unlawful use of a weapon after shooting a couple who were attempting to run over his dog Monday night.

The Post-Dispatch reports that Lucas Rankins, 39, was arrested after a call came in around 11 p.m. Monday night regarding two gunshot victims on South Drive in Villa Ridge.

When Franklin County sheriff's deputies arrived on the scene, they found a man and a woman who had each been shot lying on the ground outside of their vehicle. The man explained to the deputies that he and his wife were driving down South Drive when they saw a dog in their yard. The man claimed the dog, which is Rankins', had attacked the couple's own dog at an earlier time, so the man decided to try to run it over with his car.

(Yes, he actually said that to law enforcement.)

That's when each of them was shot. Fox 2 reports that as the vehicle left the road, Rankins fired a rifle twice, striking both people in the vehicle.

Even more bizarrely, Rankins then made a confession of his own. He apparently claims that he opened fire not to save his dog, but rather because he believed the occupants of the vehicle were somebody else — another neighbor whose house had suffered a fire on Saturday. Rankins says he'd been blamed for the fire by the homeowner, who Rankins claims had started making threats toward him and his family.

Rankins tells police that when he saw a vehicle driving erratically down his street, he assumed it was that homeowner returning to carry out those threats.

Rankins is being held at the Franklin County Jail with bail set at $30,000, cash only. The man and woman who were shot were each taken to a hospital and treated for non-life-threatening injuries. The status of the dog is unclear.