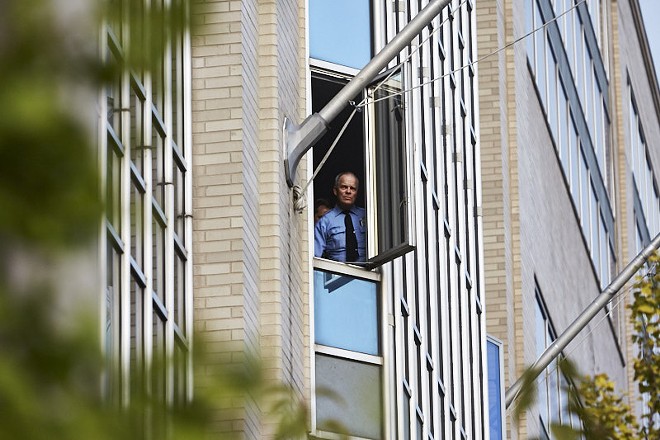 Attorneys for the St. Louis Metropolitan Police Department have dropped their suit seeking to bar a woman from accessing the police report she filed ten years ago.

Chelsea Merta, the attorney representing the woman, says she accused a St. Louis officer of raping her in April 2008. Inspired by the Me Too allegations that have rocked Hollywood, the woman recently began to speak out publicly about what she says happened so many years ago — but found herself hit with an order of protection from the officer she is accusing.

The man is still with the department. He has not been charged in her assault.

After the woman hired Merta, the attorney filed a Sunshine request with the department to get the 2008 police report. The department cashed her check, but instead of turning over the report, Merta was shocked to be hit with a legal filing May 9, petitioning the court to order the record be sealed.

This, too, came by email without conversational preamble or explanation. But this one was more welcome: It stated only that the police department's attorneys were "voluntarily dismissing" their request to block her client from the report she herself filed.

It was the second victory Merta's client has won in the last week. The officer and his wife had both requested orders of protection in St. Louis County. Their applications say that the woman was harassing them by picketing at the justice center and live-streaming on Facebook.

The court had granted the protective orders on a temporary basis. But when Merta and her client showed up to fight any permanent order, prepared to testify under oath, neither the officer nor his wife appeared. The order was dropped.

Merta says her client was heartened to see nearly a dozen people show up at the hearing to support her, many of whom read about her case in the Riverfront Times.

Now that the St. Louis County matter is behind her, Merta says she's eager to get her hands on the 2008 police report. She says she had an immediate question for the department upon learning it was dropping its action: "When should I expect to get it?"

Still, Merta cautions that she's not expecting to be given the smoking gun — quite the contrary. "My expectation is that the city did not do what they were supposed to do, and that was fully investigate this," she says. "I think that's why they didn't want to turn it over."