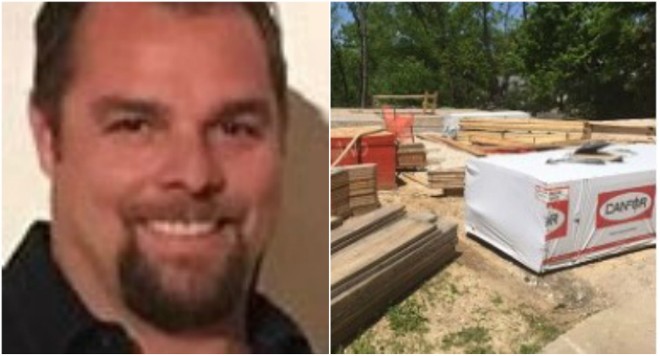 Paul Creager, the 39-year-old owner of shady construction firm, pleaded guilty in December to two counts of wire fraud. It was the first of two federal criminal cases against the builder, who lived the high life while ripping off investors.

As part of Creager's plea, he admitted in court that he faked financial records to con two of his marks out of $724,000. The records papered over the fact that Creager's business owed a massive debt to another lender, making the new investments essentially worthless — the original lender had dibs on virtually all of his assets, prosecutors say.

When Creager's company failed, the lender foreclosed, and Creager's victims were left out in the cold.

The goateed con artist, however, rolled along just fine. He kept a house in Wildwood and another at the Lake of the Ozarks along with a 52-foot yacht and a fleet of vehicles, including a Bentley, according to prosecutors from the U.S. Attorney's Office. Portraying himself as an uber-successful, multi-millionaire builder to victims was part of the hoax he used to coax money out of investors, authorities say.

In reality, his company was tanking, and he had twice filed for bankruptcy.

"The instant offense is serious and appears to have been committed not to keep Defendant’s business afloat as much as it was to allow the Defendant to live a lavish lifestyle with other peoples’ money," Assistant U.S. Attorney Tom Albus wrote in a sentencing memorandum.

Even after he pleaded guilty, he kept a couple of high-end cars worth more than $60,000 and managed to pay $1,000 a month on just cell phones, internet and cable, Albus writes.

Creager's sentence includes repaying the $724,000. He was also ordered to serve three years probation. Federal prosecutors have seized some of Creager's property and plan to sell it off to help repay victims.

The Better Business Bureau first began warning customers about Creager and his company, Everett Builders, a year ago. At the time, a dozen customers and subcontractors had sued him in state courts, alleging he had scammed them on homes he never finished and contracts he never honored.

As the FBI continued to investigate, federal prosecutors hit him with a second criminal indictment earlier this year. In that case, he is accused of bilking another investor out of $2 million. He used the investor's money on more toys for himself, including a high-end SUV and a Harley Davidson motorcycle, authorities say.

The 2018 charges also include allegations he filed phony paperwork at the closing of one of his properties, claiming all his bills were paid, even though he had stiffed a subcontractor on more than $30,000 worth of work. Creager has pleaded not guilty.