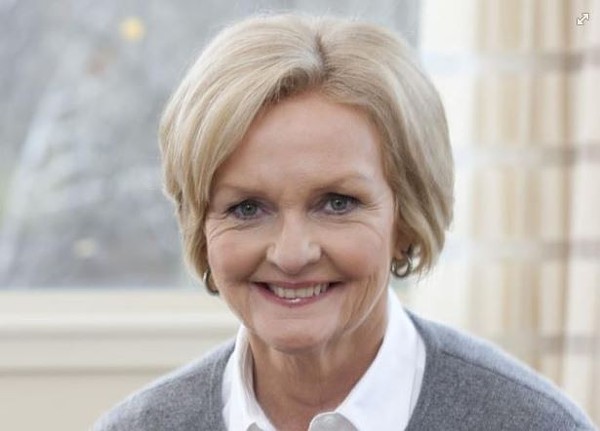 America First Policies, a pro-Trump non-profit organization with a Nazi sympathizer as its policy director, is spending nearly $200,000 on ads targeting Claire McCaskill in the St. Louis area.

The campaign aims to get controversial CIA veteran Gina Haspel, whom an ACLU lawyer once described as "quite literally a war criminal" due to her involvement in torture and destruction of evidence related to a CIA black site she ran in Thailand, confirmed as the new CIA director.

Now, we know what you're thinking: Wait, didn't that confirmation go through just yesterday by a vote of 54 to 45 in the Senate, even as McCaskill voted to oppose? The answer, of course, is yes. But we never accused anyone at America First Policies of being particularly smart or good with money — we accused them of being run by at least one Nazi sympathizer.

Specifically, we're referring to policy director Juan Pablo Andrade, who, in a video released last week by Mediaite, can be heard saying, “The only thing the Nazis didn’t get right is they didn’t keep fucking going.”

The video was uploaded to Snapchat by Caesar Subervi, an alt-right activist who was a participant in the white supremacist march in Charlottesville last summer, according to Mediaite, which also says Subervi uploaded a video of himself saying it was "awesome" that a person whom he thought was a protester had been hit by a car outside of the conference.

“This is the car that hit the fucking protester,” Subervi reportedly says while filming a wrecked car. “She smashed that bitch, that is awesome!”

But wait, there's more! Lest you think Andrade's outspoken racism is a fluke within the ranks of America First Policies, consider director of advocacy Carl Higbie, who in January was forced to resign from his position as head of the government-run Corporation for National and Community Service, where he was appointed by Trump, after a CNN investigation turned up several racist and sexist remarks he made on air on his radio show in 2013 and 2014.

"I believe wholeheartedly, wholeheartedly, that the black race as a whole, not totally, is lazier than the white race, period" is among his remarks on record. Additionally, he alleged that black women "think that breeding is a form of employment" and that "the black race" has "a lax of morality."

Higbie apologized for his remarks in January, but back-tracked in early May, claiming they were simply "taken out of context."

Those same records show a combined total of $180,548.75 received by the four St. Louis stations from America First Policies in May 2018.


KDNL's general manager, Tom Tipton, declined to comment when reached by phone. KMOV's news director, Scott Diener, said he received a note Wednesday morning saying KMOV was apparently not in on the ad buy. He said he could not immediately account for the information in the public file. He transferred RFT to the station's sales director for further clarification, but that person did not return a voicemail seeking comment by deadline.

Kurt Krueger, station manager for KTVI and KPLR, said that the stations don't scrutinize groups as long as they are established political action committees that are able to pay for their ads. "Corporate evaluates the ad and makes sure it's good for air," he said, "but I don't think they research what the head of the group says in video clips."

America First Policies was founded in January 2017 by a group of Republican political operatives that includes Nick Ayers, Vice President Mike Pence's top political adviser, and embattled former Trump campaign staffer Rick Gates, who was removed from his post at America First due to his involvement in Paul Manafort's overseas ventures. Pence has appeared and spoken at multiple events put on by the group.

Higbie and Andrade both remain in their positions.