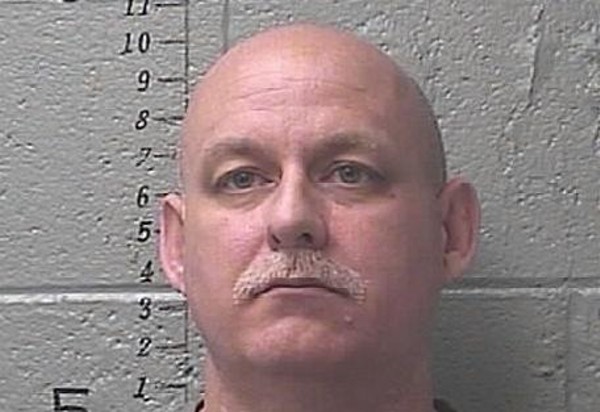 As we reported previously, a woman and her husband were drinking at the Bottoms Up bar after midnight March 31 when a drunken dispute over a pool game wound up entangling more than a dozen patrons.

See also: She Says a Rural Councilman Punched Her in the Face. He Says It's Political

Inside the bar, the woman claimed that McAllister punched her in the head and the eye. She additionally accused McAllister's wife, Tracy, of ripping out a chunk of her hair in the scuffle. "You obviously don’t know who I am," the woman claims that Tracy McAllister told her. "Don't be a cop-caller."

The alleged victim's 911 call summoned the local police, but the fact that McAllister was a sitting councilman triggered a call from local cops to the Missouri State Highway Patrol. Troopers eventually arrested McAllister later that morning.

In addition to McAllister's status at the time as an elected official, his wife works for the St. Francois County Prosecutor Jerrod Mahurin. Citing the potential for conflict of interest, Mahurin recused himself and passed the case to Washington County Prosecutor Joshua Hedgecorth.

The bar's security cameras captured the fight, but the footage doesn't show the punch. The alleged victim insists that the punch occurred in the camera's blind spot, though it's also worth noting that the bar's owner strongly contends that the attack didn't happen the way she claims it did.

What isn't in dispute is the fact that the alleged victim was attacked outside the bar. In this case, however, the assault wasn't carried out by McAllister, but a different patron named Laura Lincoln. An external security camera records Lincoln charging into the victim, and the tackle sent both women to the ground.

On Tuesday, Lincoln was formally charged with misdemeanor assault.

Speaking to RFT yesterday, Washington County's prosecutor said that the bar fight at Bottoms Up appeared to be "typical" for, well, a rural Missouri bar fight.

"It was a mess of people,"Hedgecorth said, describing the security footage he witnessed. "Twelve, fifteen people, you can't really tell who starts it. There are people kind of jumping in, people being grabbed, hair being pulled, punches being thrown, but it's just chaos in that bar."

He added, "I was not able to determine anyone who I thought would be at fault."

Reached today by phone today, McAllister declined to comment. Back in April, he told RFT that the arrest had "lost the election" for him, and that he was planning on filing defamation lawsuits against those he believes slandered him as part of a "political hit."