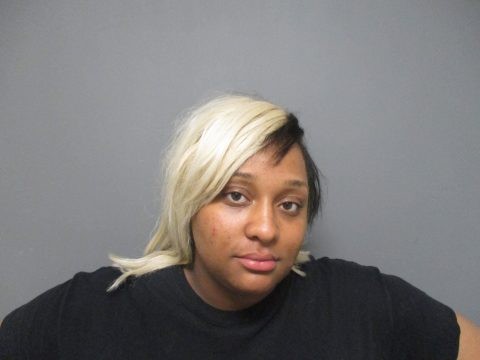 A small request to our friends on the East Side: Please stop pepper spraying little kids.

For the second time in less than three weeks, cops in the Metro East have arrested someone for doing just that. This latest episode happened Saturday outside an Old Navy in Fairview Heights, Illinois, police there say.

A twenty-year-old Belleville woman named Janae Killion blindsided a 21-year-old and the victim's two-year-old son, according to police. The victim is pregnant. She and her toddler were treated at a hospital and released.

Killion took off but was later taken into custody. Her motive wasn't clear, but police say the victim and a witness told them Killion whipped out the pepper spray without warning. She was charged on Monday with three felony counts of aggravated battery. She was jailed on $75,000 bail.

The Belleville News-Democrat reported last week a previous case of someone pepper spraying a kid. In that incident, 33-year-old Tyra Simmons was also charged with three counts of aggravated battery. Police say she sprayed a woman and her nine-month-old baby April 25 in the parking lot of a Schnucks in Cahokia.