Missouri Is Nation's No. 1 Offender in Puppy Mills — Again 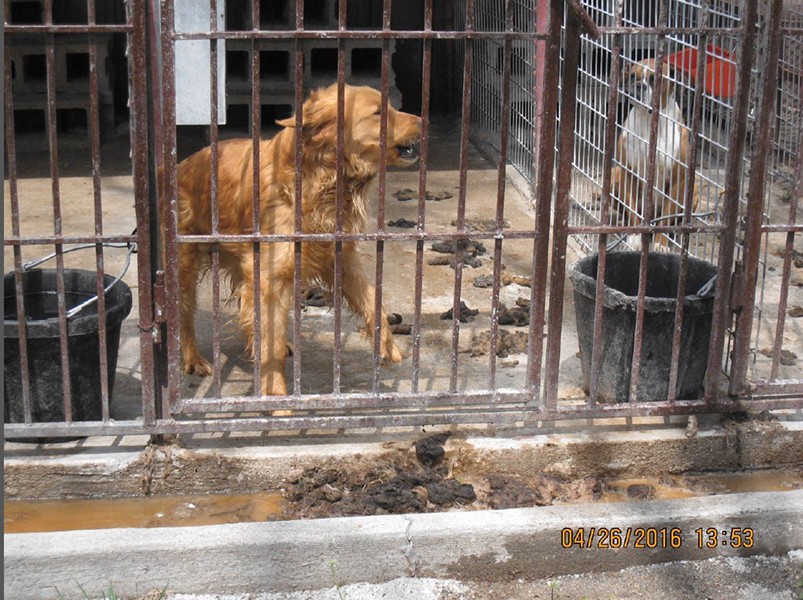 For the sixth year in a row, the state of Missouri has been found to have the largest number of puppy mills of any state in the country.

A new report from the Humane Society of the U.S., the Horrible Hundred, lists Missouri as having 23 particularly problematic puppy mills, by far the highest amount across the nation. Missouri was followed by Ohio (13), Iowa (10) and Pennsylvania (nine). The Humane Society believes there are up to 10,000 puppy mills in the United States and as many as 1,600 licensed and unlicensed puppy mills in Missouri alone.


In an introduction to the report, the Humane Society said, “Over the 12-month period since we published our last report, USDA inspectors have continued to find conditions just as horrific as those in our prior reports, including dogs with open wounds, emaciated dogs with their ribs and spines showing, and dogs with moldy food, dirty water and filthy cages.”

The stories in the report are painful to read, with details about each disgusting Missouri breeding site — such as “one dog was so matted that the breed was unrecognizable” and descriptions of dogs with broken legs and collars so tight around their necks that they displayed open lesions and were covered in “blood-like matter.” One report even included “mounds of feces” ten inches high. In another, the breeder admitted to using a cattle prod to break up dog fights. Even more disheartening, nine of the 23 cited breeding operations were “repeat offenders.”

This topic has been an issue in the state for years, with a Riverfront Times cover story from 2011 reporting that “one of every three puppies in America was born in Missouri.” The story cites a Better Business Bureau of Missouri report from March 2010 concluding, "Missouri is so overwhelmed by the number of puppy sellers that it can't regulate the puppy industry properly." A 2010 ballot proposition sponsored by the Humane Society was supposed to clean up the problem, but every year, the Show Me State continues to top the "Horrible Hundred" list.

The new Humane Society report ends with a warning for potential pet buyers: “For dogs in puppy mills, conditions like these are the norm — and no matter what the sellers say, breeders like these are the source of most dogs sold online, in pet stores or at flea markets.”

You can read the full report on the Horrible Hundred here.