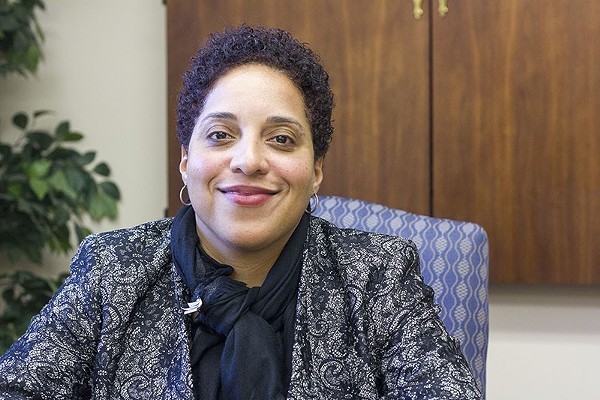 For years, the public defender's office in St. Louis chafed at working with St. Louis Circuit Attorney Jennifer Joyce. The city's top prosecutor "systematically" withheld critical information about witnesses in criminal cases, the office charged, particularly their addresses. It got so bad, the public defenders got a court order compelling Joyce's office to change its policies to release that information, as Missouri Supreme Court rules require.

In 2017, Joyce retired, and Kim Gardner took over as Circuit Attorney. But though Gardner hired a number of former defense attorneys and promised a sea change in the office, that hasn't happened, says Mary Fox, district defender in St. Louis.

In fact, she says, in many ways, things are much worse.

"I may not like Jennifer Joyce's management style, but at least she had some management," Fox says. "There was clear supervision and training of her staff members." These days, Fox says, it's simply chaos.

The situation has gotten so bad that, on April 23, Fox's office again went to court. They are again seeking a writ of mandamus, this one to determine whether Gardner is in contempt of court for violating the prior order under Joyce requiring certain rules of discovery to be followed. The public defenders are also asking for the court to compel Gardner's office to create written policies and a training curriculum to see that discovery rules are followed.

Fox's 45-page petition outlines numerous cases in which the Circuit Attorney's Office has failed to turn over basic discovery to defense attorneys. And the result on the system, Fox says, has been catastrophic. Defendants are stuck in jail (including the city's notoriously hellish Medium Security Institution, also known as the Workhouse) for months while their public defenders must litigate even the most basic pieces of information that would allow them to investigate the charges against them. Fox says it routinely takes several months before attorneys can procure police reports — and even then, witness addresses are blacked out or listed as the circuit attorney's office, leaving no way to do an independent investigation.

In one case cited in the writ, the assistant circuit attorney handling the case admitted in court that "he did not know how to obtain police reports from the office computer system." Furthermore, the prosecutor told the court, "office policy was to not pull evidence for provision to the defense until the State is preparing for trial closer to the trial date." Suffice it to say, that is not the way the rules of evidence are supposed to work.

In the mean time, poor defendants are stuck in jail — and Fox says, frequently so distraught they're ready to plead guilty to anything just to get out. "And we can't do that," she says. "We're required to get the discovery and review it with the client so they can make an informed decision." The taxpayers foot the bill while everyone waits.

Gardner, the city's first black circuit attorney, was elected with the support of social justice progressives, who hoped that she would bring increased compassion and racial equity to an office responsible for prosecuting felonies in a majority-black city.

Gardner's high-profile prosecution of Governor Eric Greitens goes to trial today. (And Greitens' lawyers, who are not public defenders, have echoed many of the complaints about discovery not being turned over in a timely way.) Not surprisingly in light of that schedule, she was not available for comment.

However, her office issued a statement blasting the public defenders' actions. It reads in full,

It is unfortunate that the St. Louis Public Defender Office has chosen to continue its long-standing feud with the Circuit Attorney’s Office that pre-dates the current Circuit Attorney. It is equally unfortunate that the Public Defender Office have decided to try to exploit what they see as an opportune moment to abruptly stop constructive conversations to address these long-standing issues to levy unfounded accusations and mischaracterize facts to the public.

The Circuit Attorney will continue the enormous task to reform aspects the criminal justice system that she can influence to make the residents of St. Louis safer. She is committed to working with those organizations that share her commitment to criminal justice reform.

But Fox, for one, is skeptical. She notes that until recently, her office handled cases for a host of neighboring counties whenever the public defenders there had conflicts. They never saw these problems anywhere else, including St. Louis County.

"Clearly, there needed to be some transition time," Fox says of Gardner taking over the office in January 2017. "And I don't know if she anticipated the majority of the office would leave. But when that happens, you have to find people who can train new prosecutors."

Since filing the writ more than three weeks ago, Fox says public defenders have continued to see egregious violations. "There seems to be an absence of concern," she says.