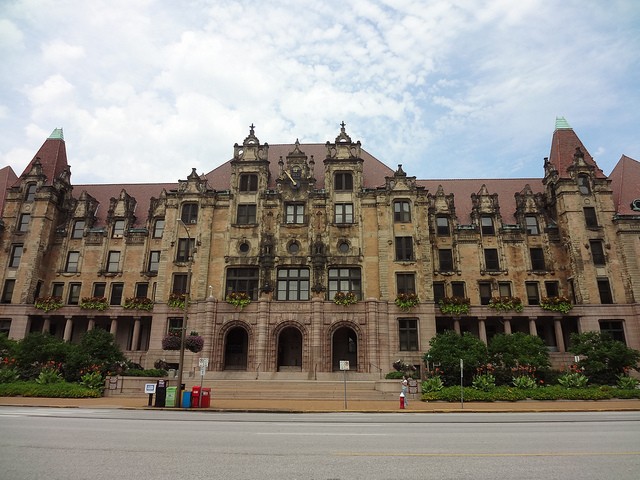 St. Louis has lost its A grade: Moody's Investors Service has downgraded the city's general obligation rating from A3 to Baa1.

Baa — pronounced “B double-A” — is the lowest tier of what's considered "investment grade." If its rating drops any lower, and the city may run into trouble getting people to buy the bonds that finance long-term projects.

One reason for the downgrade? In 2016, the Board of Aldermen voted to commit up to $107 million in general fund revenue to upgrade Scottrade Center. City Comptroller Darlene Green fought the decision, saying it's her job to protect the city's credit rating — and warning there would be consequences. (In fact, Moody's warned that the city had to stop increasing debt for non-essentials, as Green noted.)

But Board President Lewis Reed pushed the plan through. And though a lawsuit led by Alderwoman Cara Spencer and a few others sought to derail the project after the fact, filing a lawsuit against it, the Blues played hardball to get them to drop it. They also sued Green when she resisted releasing the paperwork for the bonds funding the renovations. Ultimately, they got their money.

Green today blasted the policies that led to the reduced rating.

“This downgrade should be unacceptable to all St. Louisans. And what is most disappointing is that it did not have to happen,” the comptroller said in a prepared statement. “Moody’s warned us in March 2017 that we cannot continue increasing the city’s general fund debt for nonessentials. Then, I immediately warned city leaders that we could not fund nonessential projects like the renovation of Scottrade Center without a negative consequence. Yet other city leaders did not collaborate on an alternate financing structure

“This Moody's downgrade should serve as a wake-up call to all city leaders. We cannot continue to prioritize incentive packages to special interests that rely on the city’s credit and general fund."

In her statement, Green explained that Moody's has also downgraded St. Louis Municipal Finance Corporation’s outstanding lease revenue debt from Baa1 to Baa2 for more essential purposes and from Baa2 to Baa3 for less essential services.

"The revised outlook to stable reflects recent revenue enhancements and the Board of Estimate and Apportionment policy change dedicating 1.5 percent of annual payroll expenditures to rebuilding revenues," her statement said. "However, Moody’s noted the city’s reserves will remain challenged over the near term and competition for city resources will remain outsized for the medium term, as resources have been redirected to less essential purposes."