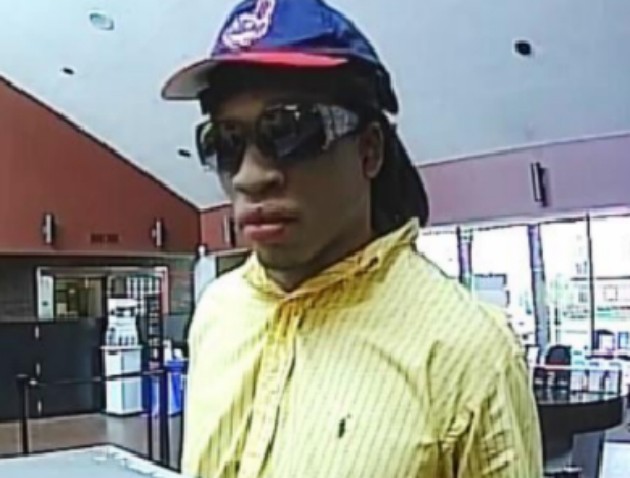 He must have known he would be on camera.

An unusually glamorous crook was ready for his closeup in makeup and a stylish pair of sunglasses — sort of like an incognito celebrity — when he held up a bank in north St. Louis County.

The thief arrived about 3 p.m. on Wednesday at the U.S. Bank branch at 2885 Netherton Drive in an unincorporated part of the county east of Florissant, police say.

Dressed in a Ralph Lauren Polo yellow button down, he was understated in his demand. Police say he passed a note to the teller and implied — but never showed — that he was carrying a gun. He is between six and six-feet-two inches tall and finished off his outfit with khaki pants and a Cleveland Indians cap.

Once he had the cash, he strode calmly out the door. We're dying to know how he plans to spend the money.