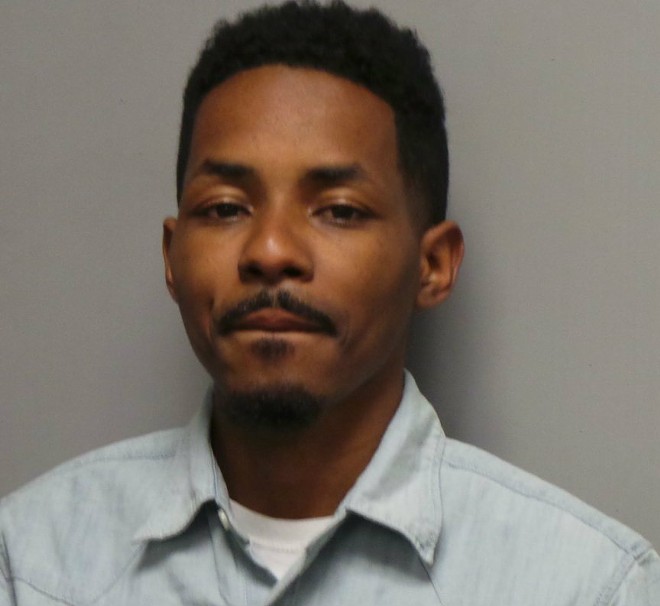 Prosecutors have issued a warrant for the man they say fired shots at a private party at Ballpark Village on Sunday night, killing one man and seriously wounding another — and police say it's his own words that brought him to their attention.

At a press conference at police headquarters at 4:45 p.m., Police Lt. Mary Warnecke indicated that it was not surveillance video that led them to Scotty Joseph Lee, 32, but rather his comments to other witnesses after the shooting. 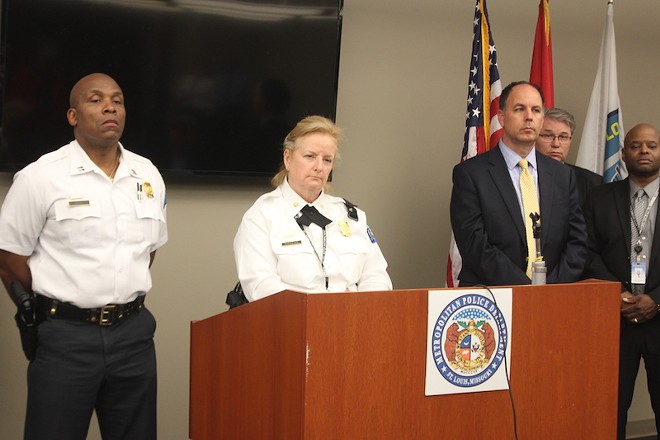 "Right now we are going through surveillance footage in the area," Warnecke said. "But that was not key at this point."

A warrant has been issued for Lee's arrest on charges of first-degree murder, first-degree assault and two counts of armed criminal action. He remains at large.

Police urge with anyone with knowledge of the incident or Lee's whereabouts to contact CrimeStoppers at 866-371-TIPS. They did not provide an address or neighborhood, saying only that Lee alternates between spending time in Texas and in the St. Louis area and that he knew other people at the party.

They said that Lee had had previous encounters with the two men he shot.

"We don't believe this was a random act," Warnecke said.

Lee has been cited on traffic violations, Warnecke said, but no serious offenses.

Corey Hall, 38, of Spanish Lake, was killed in the incident. Police have yet to identify the other victim, a man in his 30s.