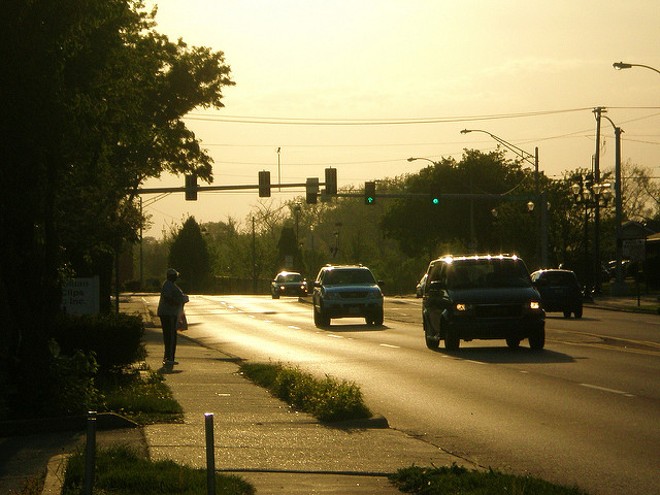 More than 24,000 St. Louis-area residents travel more than 90 minutes to get to work each day — and while that's not a huge number, it does represent a big increase from the decade before.

According to a report released yesterday by Apartment List, St. Louis' share of so-called "super commuters" rose 89 percent from 2005 to 2016. That's a much bigger percentage increase than all but a few cities in northern California and central Florida.

And if you're wondering how anyone in St. Louis could possibly manage to spend that much time on the road, you might want to check your privilege. While traffic tends to be lite in many areas of the metro, this isn't just a matter of people being stuck in cars. It's also about public transportation users.

And these commuters largely aren't traveling this way by choice. Of the super commuters using public transit in St. Louis, 46.8 percent fall below the area's median income.

"These commuters often rely on slow and unreliable transportation not by choice but out of necessity," Apartment List concludes. "A 2015 Harvard study found that 'commuting time emerged as the single strongest factor in the odds of escaping poverty.'

"Investing in public transportation will not only relieve some of the burden on low-income super commuters, but will lead to more residents using transportation by choice instead of financial desperation."