She Says a Rural Councilman Punched Her in the Face. He Says It's Political

It's been more than three weeks since Park Hills Councilman Duane McAllister was arrested in the early-morning hours for allegedly assaulting a woman at Bottoms Up bar, a low-key spot in his small Missouri town. Three days later, he lost his council seat by just seventeen votes.

The alleged victim tells Riverfront Times that she expects McAllister to be charged soon. But she's still waiting for the Missouri Highway Patrol to complete its investigation. In the mean time, the rumor mill has swirled — and the fight has become a source of social and political intrigue in the St. Francois County town of 8,655.

The incident, which was initially reported in the area's local paper as a bar fight, was captured on multiple surveillance cameras. According to video reviewed by RFT, the altercation appeared to have been sparked by bruised egos and an unlucky pool shot.

But in addition to the councilman, the alleged victim also accuses his wife, Tracy, of joining the attack and yanking out a hunk of her hair. Tracy McAllister works for the St. Francois County prosecuting attorney, Jerrod Mahurin.

"You obviously don’t know who I am," the woman claims that Tracy McAllister told her that night. "Don't be a cop-caller."

In an interview last week, Mahurin said he could not comment on the investigation. If the highway patrol ultimately recommends charges, he said that he plans to recuse himself and appoint a special prosecutor. (Mahurin also confirms that Tracy McAllister remains employed in his office.)

The conflicting accusations trouble Steve Coulter. Less than two years ago, he and his wife opened Bottoms Up on the corner of Houser Street, sandwiched between a residential block and a self-storage business. The March 31 incident, Coulter notes, was the bar's first recorded "fight."

Then again, the bar owner claims, "It wasn't much of a fight."

On a recent afternoon, Coulter scrolls through video surveillance on a small TV hanging behind the bar, right next to a larger one showing reruns of '90s-era Roseanne. Eventually, Coulter pulls up a view showing the bar's single billiards table, located in a back room behind the dance floor. The time-stamp on the video reads 12:50 a.m., March 31. 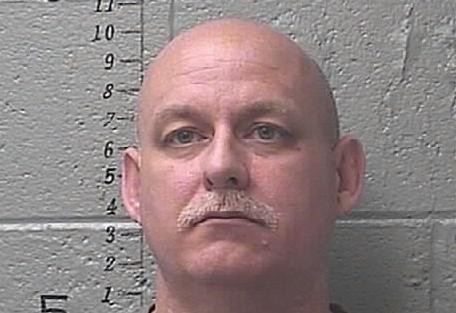 On camera, Duane McAllister appears to be watching his teammate take what could be a game-winning shot. The target is the 8-ball near the corner pocket. Instead, the cue ball bonks off the 8, ricochets the other way, and slowly spins toward the center of the table. The white ball drops in a center pocket, a "scratch." It's an error that, by rule, ends the game in favor of the other team.

The winning team walks toward the dance floor, out of camera range, and McAllister appears to follow. While the footage has no audio, McAllister seems to begin making taunts, and that gets the attention of a man in a red sweatshirt. Suddenly, the two men are shoving and being held back by the other players.

They disperse. Three minutes later, McAllister re-enters the frame, and returns to taunting the man in the red sweatshirt. Again, the other patrons separate them.

At 12:58 a.m., McAllister is back in view, now with a woman clasping his hand and attempting to drag him away. It's at this point that the situation becomes something more than a war of words and mild shoving. McAllister disappears, and a woman who appears to be Tracy McAllister is hauled backwards away from the scrum. A stoutly built man in a black t-shirt enters the frame with multiple people hanging off his shoulders — and he appears to have his hands wrapped around the head of another bar patron. The man in the black t-shirt seems to throw a wobbly punch but misses his target, and several people carry him backwards. He topples heavily to the floor, knocking against an electronic dart machine on the way down.

The man in the black t-shirt is the husband of the woman who now accuses Duane McAllister of assault. On the tape, the woman can been seen briefly rushing into room and crouching down to check to her husband — but she's quickly roped into the chaos. It's here, she alleges, that Tracy McAllister grabbed her hair and scratched her husband's face.

The camera does show the woman engaged with a blurry figure who appears to be councilman's wife. What's not shown with any certainty, however, is whether Duane McAllister carried out an assault on the woman in question. It's certainly not clear in the footage from the first camera, and a second camera shows only indistinct altercations.

In an interview with RFT, the woman (who asked that her name not be printed) is adamant that the councilman "punched me in the right part of my skull" and later struck her again in the eye.

The woman provided a photo of summary dated March 31 from the Parkland Health Center in Bonne Terre. According to the summary, she was evaluated that night and diagnosed with a closed head injury and a cervical strain. She also suffered contusions to her left wrist and rib on her right side. Photos of her husband's injuries show deep red scratch marks on his face and neck.

A camera facing the parking lot does show the melee's aftermath. The woman raced outside after calling 911, she says. There, she was confronted by a different female bar patron, who charged into her. The two can be seen grappling and falling to the ground, and they are soon separated by bystanders. Moments later, a patrol car from the Park Hills Police Department shows up.

No arrests were made on the scene. In its first report on the bar fight, the The Daily Journal noted that Park Hills cops who responded to the brawl contacted the Missouri Highway Patrol after discovering the incident involved a sitting councilman and an employee of the county prosecutor.

Troopers arrested McAllister later that day at his home, and he was released from the St. Francois County Jail on a $5,000 bond.

News of the arrest broke that same day in the online Daily Journal. The story quoted Highway Patrol spokesman Dallas Thompson, who indicated that the charge was third-degree assault, a felony that carries a maximum of four years in prison.

Speaking to the RFT Thursday, Thompson says that investigators have yet to submit a formal report or recommendation for charges.

"The only thing I do know is one of the troopers helping to investigate this has a couple more witnesses he's trying to [interview]," Thompson said. "He's hoping to have the report submitted to the prosecuting attorney by the end of this week."

Reached by phone last week, Duane McAllister fumed at the allegations and local coverage of what went down at Bottoms Up on March 31. He denies hitting the woman.

"I never swung, I never hit anybody," McAllister says. He calls his arrest a "false charge," and counters that the alleged victim and her husband were the true aggressors that night.

He adds, "I lost an election because of this. It was a political hit on me." And the now-former councilman says he's ready to file defamation lawsuits against those who "ran my name through the mud."

"I've hired the best attorney in the county," he says, though he does not name the lawyer. "I know I have a hell of a case. I'm going to make some money off this."

The alleged victim has a much different take.

"I don’t understand why they targeted us, why they choose to do this to people," she says. "The only thing I can come up with is, because of her job at the prosecutor's office and him being a councilman, that they think they can get by with it."