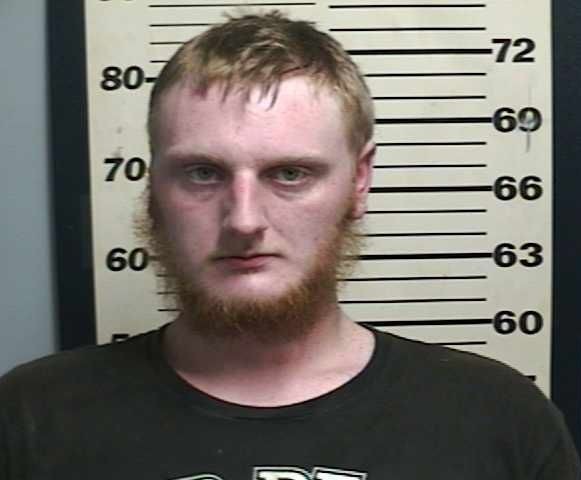 Joshua Franklin wasn't attempting to pull off the crime of the century last summer, but he might at least have gotten away with robbing an Illinois convenience store had he come up with a more sophisticated disguise than .... changing his shirt.

"I’ve seen some strange things, but this is one of the stranger things as far as a robbery goes," Wood River Deputy Chief Daniel Bunt remarked to the St. Louis Post-Dispatch after the nineteen-year-old's arrest in August.

Bunt wasn't kidding. According to the daily's report, police were initially called to the Wood River Convenience Market to investigate an August 7 robbery.

Later that day, however, they the officers received a call from police in the neighboring East Alton Police Department: They had a potential witness at the station who wanted to report a robbery in Wood River. But the cops couldn't help but notice that this witness almost perfectly matched the description and images of the convenience store robber. Only his shirt was different.


The man had changed his shirt but didn’t do anything else to change his appearance, Bunt said. It appears Franklin was attempting to report that he witnessed the crime, but East Alton officers recognized him from surveillance photos, Bunt said.

Speaking to the Belleville News-Democrat, Bunt theorized that Franklin had misjudged how effectively the store's surveillance video captured his likeness.

Police searched Franklin's home, and although they seized clothing, currency and a weapon, it doesn't appear the weapon was used in the crime. According to Illinois online court records, Franklin was charged with armed robbery without a firearm.

On April 16, Franklin pleaded guilty and was handed a four-year sentence.

The guilty plea and prison sentence was first reported by the Belleville News-Democrat. The newspaper also noted that Franklin was determined to competent to stand trial, although, thanks to his guilty plea, that determination won't be put to the test.