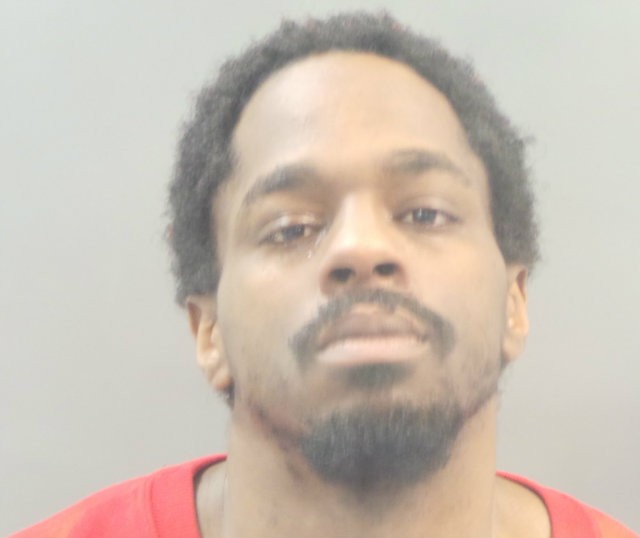 UPDATE: We received this statement from Metro just after we hit publish. We’ve included it in its entirety at the bottom of this post.

On the evening of April 8, a 27-year-old with a long history of low-level criminal behavior attacked another man at MetroLink's Grand station in Midtown. The victim, a 66-year-old man, was knocked down, kicked and then left unconscious.

The suspect was arrested soon after, St. Louis police say. Court records show that Dominique Hightower has been charged with first-degree assault. Hightower lists his address as the city's homeless shelter.

But as Fox-2 reported in a bombshell yesterday, the incident is more than just another sad tale in a city that's all too full of them. As it turns out, there was a MetroLink security guard stationed on the platform. He'd left for his dinner break just before the 8:27 p.m. attack.

“It is inexcusable that a security officer hired by Metro would leave his post uncovered and something as tragic as this can occur,” Edwards told the station. The city has gotten information suggesting that five of the city's 37 MetroLink station are "routinely" left without any security coverage, Fox-2 added.

And MetroLink riders have suggested to numerous media outlets that a bad situation seems to be only getting worse. On Wednesday, KMOV reported that a man was stabbed on the train around 11 a.m. near the Convention Center station downtown. In an unusual twist, he may have been the aggressor; the St. Louis Post-Dispatch says he was allegedly threatening other passengers when a woman in her twenties cut him in the shoulder. Police said they intended to charge both parties.

The situation is occasionally even been deadly: Last year, a 57-year-old man was shot at the MetroLink stop near Busch Stadium after being hit with a bullet fired in the stick-up of an unrelated victim. He later died.

One passenger, who was sucker-punched by a group of young men on the train while near the Civic Center Station, told KMOV last month that security is simply too lax. When he made a report, a MetroLink guard told him that they couldn't be on every train. "I felt like they are hardly on any train," the man said.

That comment was echoed by passengers quoted in Fox-2's report last night. "Every blue moon you'll see somebody," one said.

Bi-State Development, the agency that runs MetroLink, has publicly feuded with St. Louis County in the past. In a series of columns, the Post-Dispatch's Tony Messenger accused county police officers assigned to Metro of hanging out in a security office while riders on the line fend for themselves. While the county has more officers assigned to the line than any other agency, Messenger obtained stats from Metro showing they do less — fewer arrests, fewer summons. Ultimately, those officers got a reprimand — but, at the time same time, also received a commendation from the St. Louis County Police Department, suggesting Chief Jon Belmar had their backs.

Now the city, in the former of Public Safety Director Edwards, is blasting MetroLink for its staffing levels.

Metro has 47 armed guards on staff, Fox-2 reported, and another 140 contractors. But Bi-State Development says that's not enough to staff the whole rail line as well as buses; it needs help from city and county officers too.

A Metro spokeswoman didn't respond to our requests for comment this morning. We'll update this post if we hear back.

The city, however, is certain where the blame lies for the April 8 attack.

"If you have been paid and you have been contracted to provide security on the platform, it is my expectation that you will be there irrespective of where the police are in the city of St. Louis," Edwards told Fox-2.

UPDATE: The statement we received from Metro is included below in its entirety.

We are working collaboratively with our police partners and have asked them to step up patrols on and around the platforms and the trains. We are also discussing various options to allow for the coverage of platforms when security officers are on break.

And per the Memorandum of Understanding signed last March, policing the system is the responsibility of three police departments—St. Louis Metropolitan Police Department, St. Louis County Police Department and St. Clair County Sheriff’s Department. St. Louis County Police were put in charge of the task force to coordinate all three police departments and the STLMPD was put in charge of coordinating with our Public Safety Department and the contracted security officers.

We need the MetroLink enforcement officers from STLMPD and St. Louis County in Missouri to police the system by riding the trains and patrolling the platforms. The St. Clair County Sheriff’s Department is very visible on the trains and on the platforms and Sheriff Watson has offered to have his deputies ride the trains into the City of St. Louis to help address the safety issues.