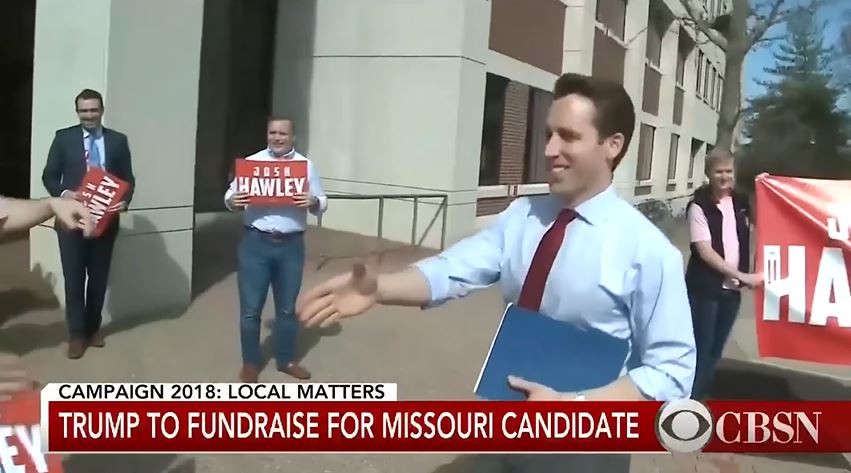 The world is exploding around Missouri Governor Eric Greitens. Tonight, hours after the release of testimony from a St. Louis hairdresser to the Missouri House Special Investigative Committee on Oversight, the state's Attorney General Josh Hawley joined those calling for the governor's impeachment or resignation.

"The House Investigative Committee’s Report contains shocking, substantial, and corroborated evidence of wrongdoing by Governor Greitens," Hawley said in a statement. "The conduct the Report details is certainly impeachable, in my judgment, and the House is well within its rights to proceed on that front. But the people of Missouri should not be put through that ordeal. Governor Greitens should resign immediately."

A fellow Republican, Hawley was elected to statewide office along with Greitens in November 2016, both men political neophytes who won big races. But as Greitens has been tarnished by scandal, Hawley's star is rising in national party circles. He's now challenging U.S. Senator Claire McCaskill (D-Missouri), who also called on the governor to resign tonight.

The ranks are closing. The governor was defiant at a press conference he held an hour prior to the report's release, doubling down on his innocence. The allegations, he said, were tabloid trash.