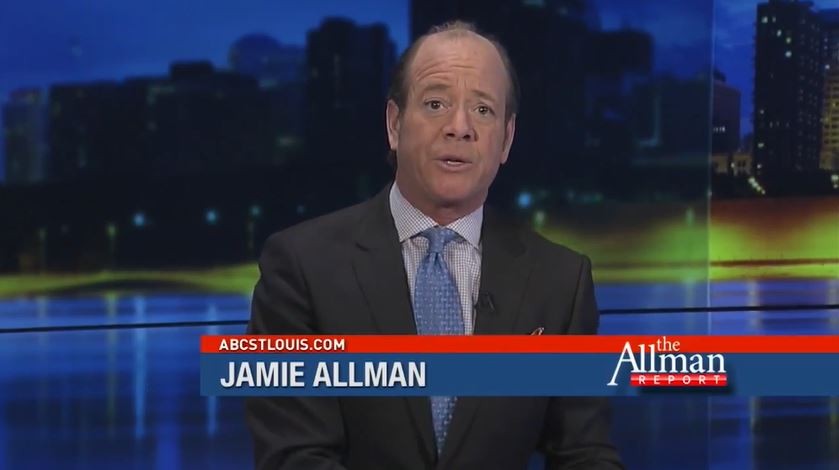 Update: Allman's show has now been canceled. See our latest post for the scoop.

Conservative radio and TV host Jamie Allman is facing some consequences for tweeting last week in an apparent joke that he was "getting ready to ram a hot poker" up the ass of David Hogg, a seventeen-year-old Parkland shooting survivor and outspoken advocate for gun control.

Allman, who hosts both the morning radio show at 97.1 FM and The Allman Report on the ABC affiliate KDNL, has since deleted the tweet.

Initially posted March 26, the tweet was a reply in a thread concerning self-identified "Confederate" school board candidate Jeanie Ames. (It still exists online in cached form.) It read: "When we kick their ass they all like to claim we're drunk. I've been hanging out getting ready to ram a hot poker up David Hogg's ass tomorrow. Busy working. Preparing."

Since Riverfront Times broke the story on Friday, a burgeoning boycott movement has claimed three of Allman's advertisers, including a Ruth's Chris Steak House franchisee, the Gellman Team and PALM Health.

This is a most unfortunate situation and what has taken place is contrary to PALM Health's core values. We have contacted the radio station not only to voice our concern, but we have also stopped advertising on Jamie Allman's show.

Thanks @staceynewman for bringing this to our attention. Upon further investigation, our franchise partner has stopped its advertising. Thank you again for your concern.

People, your voices work!@TheGellmanTeam has responded to the cruel attacks on kids by #JamieAllman on @971FMTalk. Pulling their $$$.


The boycott was organized and championed by Missouri Representative Stacey Newman (D-St. Louis), a mainstay of local efforts to pass gun reform laws — although, in a state with conservative-dominated legislature, that goal remains essentially unreachable. Missouri loves its guns.

Indeed, while three advertisers have ditched Allman, the majority have apparently stuck by him. Over the weekend, Allman supporters tweeting under the hashtag #IstandwithJamieAllman defended the conservative host; some argued that Allman's tweet was being taken out of context (it wasn't), or that Allman was simply speaking figuratively about assaulting the posterior of a teenager —and doing it by utilizing a particularly brutal and sexually violent form of medieval execution linked to the death of England's King Edward II.

Even former Speaker of the Missouri House Tim Jones — who, incidentally, also hosts a radio show on 97.1 — went on the record defending Allman.

He dared to stand up to David Hoog. And for our Second Amendment. Snowflake @staceynewman has decided to try to therefore weaponize all her leftwing liberal gun grabbers against him. #2A https://t.co/JkvpnHFFw7


Although Allman has deleted the tweet, his Twitter activity over the weekend hints that he remains defiant. Allman spent Friday and Saturday retweeting and thanking supporters, but his account went silent on Sunday.

A screenshot posted by Newman Sunday night indicates that the San Francisco tech company flagged Allman's account for "violating our rules for abusive behavior." However, Allman's Twitter account is currently online and active.

Neither 97.1 FM nor KNDL responded to messages seeking comment. Allman did not address the tweet and boycott during his Monday morning radio show.