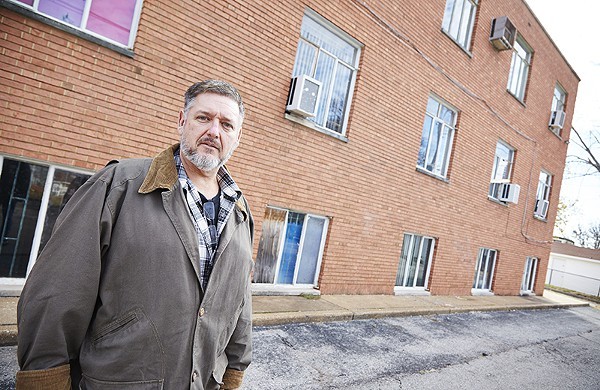 Updated 4:25 p.m. on Tuesday: Loren Copp has switched course again. Several hours after this story was published, he told a judge he would like to represent himself after all, with the law firm Rosenblum, Schwartz and Fry serving as "standby counsel," a development first reported on Tuesday by the St. Louis Post-Dispatch.

In December, former Dojo Pizza owner and accused child pornographer Loren Copp was thinking about representing himself in a federal court.

He told a judge he was not satisfied with the public defenders assigned to his case. He wanted to hire top defense attorney Scott Rosenblum, and if the judge wouldn't allow that, he wanted permission to handle his own defense.

It did not work out quite like Copp planned, but after a confusing series of events, he's set to head to trial later this month, represented by another of the city's top defense lawyers.

Assistant U.S. Attorneys preparing for an April 11 court date recently outlined some of the evidence and testimony they plan to present at trial. The filings detail allegations of disturbing sexual abuse that was even more extensive than described in previous court documents.

In January, following Copp's request, Rosenblum and another attorney at his firm filed documents to represent him. But less than two weeks later, the lawyers filed motions to withdraw, citing potential scheduling problems, court records show.

U.S. District Judge Audrey Fleissig refused to let them out.

In an order, Fleissig noted that the case had been dragging on for well over a year as the alleged victims waited. She had already pushed the trial date back to give the attorneys time to catch up on the case, she wrote, ruling against the withdrawal request.

On Friday, Rosenblum told the Riverfront Times in an email there was a "miscommunication" and they never actually wanted to withdraw. He said Schwartz would handle the case.

Barring any other surprises, the long-awaited trial should kick off in less than two weeks. It's apparently what Copp wants. He has refused multiple plea offers as he continues to deny any wrongdoing.