Airbnb on Pace to Pay Missouri Millions This Year 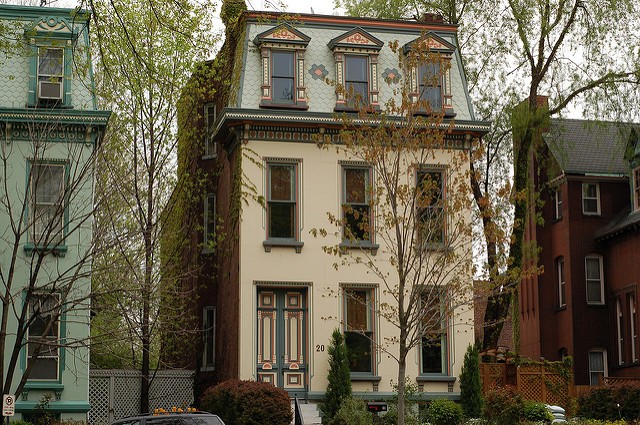 In its first month of collecting and remitting taxes to Missouri, Airbnb cut the state a check for $306,000. That could mean several million dollars in sales tax receipts alone for 2018, the company notes in a press release.

But while the room-sharing company is practically begging municipalities to form similar "partnerships," the city of St. Louis has yet to take advantage. You'll pay its 7.25 percent sales tax for hotel rooms when you stay at the Sheraton or the Chase Park Plaza, but not when you rent a room with Airbnb.

Koran Addo, a spokesman for Mayor Lyda Krewson, confirmed the city was not doing so yet, but didn't suggest it was a major priority. "There have been discussions taking place between the aldermen about pursuing regulations on short-term rentals, including Airbnb," he said in an email. "You might check with them." And the Board of Aldermen, so far, has failed to act.

Airbnb boasts that it has "partnerships" with about 350 of local governments throughout the U.S. for tax collection. Missouri first inked its agreement in time for February collection. But, the company notes, "This agreement with Missouri DOR covers taxes assessed by the state, meaning any cities or counties with their own separately assessed taxes will require their own agreements with Airbnb."

Still, some municipalities are acting quickly. After the state inked its deal, Airbnb announced an agreement with St. Charles County to collect and remit its 5 percent room tax, which went into agreement March 1.

Out of all of the cities in Missouri, St. Louis had by far the highest number of Airbnb "guest arrivals" in 2017, with 88,500 short-term rentals generating $9.14 million in revenue for their local hosts. Second was Kansas City, with $7.7 million in revenue, and a distant third was Branson, with $2.24 million.

In a statement, the company said, "Airbnb welcomes the opportunity to secure tax agreements with any additional Missouri municipalities and counties who assess their own lodging taxes. Local governments should contact the company at taxagreements@airbnb.com to discuss further."

But hey, who needs new revenue? It's not like we're broke or anything....