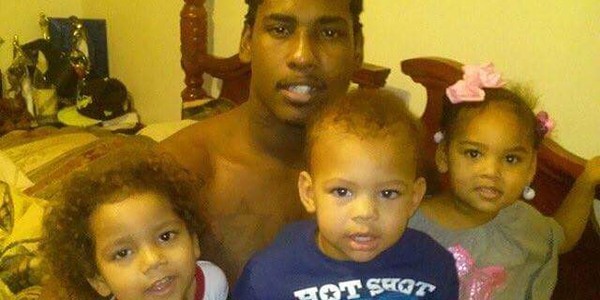 A controversial sheriff in rural Missouri will not face a murder charge in the death of a Tennessee man who sought help from police after he took a wrong turn and got lost.

Attorney General Josh Hawley said in a statement today there wasn't enough evidence to prove that suspended Mississippi County Sheriff Cory Hutcheson and his jailers were responsible for Tory Sanders' death. Even so, Hawley said, he is opening a broader investigation into practices at the jail and has not ruled out other charges.


Sanders died on May 5, 2017, while in protective custody at the jail. His death was the subject of a cover story later that month in the Riverfront Times. The 28-year-old father of eight had left Nashville the day before his death and apparently veered far off course before he ran out of gas in the Bootheel region of Missouri.

After a long, confusing night in an unfamiliar place, Sanders approached police officers in the small town of Charleston for help. He informed them he had a warrant, so they took him to the Mississippi County jail to check.

It was a minor charge out of their jurisdiction, so they tried to send him on his way. But Sanders, who suffered from depression, reportedly refused to leave and was eventually placed in protective custody with plans to transfer him to a medical facility.

Mississippi County authorities claimed he then became combative and fought with police and jailers. Hawley says Hutcheson, who is facing multiple state and federal charges in separate incidents, eventually led a team of cops and jailers into the cell and swarmed Sanders, who went into cardiac arrest and died. He had been pepper sprayed and repeatedly shocked with a Taser throughout the day.

Following his death, autopsies were performed by two medical examiners and their work was reviewed by a third. All three agreed Sanders died of excited delirium, a condition they believe began before he entered the jail and escalated throughout the day, causing him to fight until his heart gave out.

Excited delirium has been a controversial diagnosis, often coinciding with the use of Tasers on people who are mentally ill or under the influence of narcotics. Some doubt it really exists, but the three examiners, including one tapped by the family, concluded that, and not the actions of Hutcheson or his staff, killed Sanders.

Hutcheson was suspended from his post following Sanders' death, and the NAACP issued a travel advisory for Missouri.

Hawley said he is still troubled by what he has learned about Hutcheson and the jail. Sanders' death was one of three questionable cases referenced by the attorney general.

"There is a troubling pattern of deaths and inappropriate conduct at the Mississippi County Jail,” Hawley said. “I remain deeply concerned about the training, supervision and practices in this facility. This office will continue to investigate to determine if charges are warranted in other instances.”

Two federal lawsuits allege gross wrongdoing at the jail when it was under Hutcheson, who was jail administrator before he was elected sheriff. Former inmate Tara Rhodes, who was pregnant in December 2014, spent five days begging for help as she went into pre-term labor, according to a suit filed by the ACLU on her behalf. The child was stillborn on Christmas Eve.

Another inmate, Somer Nunnally, was arrested following a one-car crash and was dangerously high when she was admitted to the jail. Instead of getting her medical help, corrections officers laughed as she urinated on herself and slumped onto the floor of her cell, where she died, according to a suit later filed on behalf of her kids.

Hutcheson, who was also the subject of an RFT cover story in April 2017, is fighting multiple criminal and civil cases. He was indicted federally last week on eleven counts of identity theft. He's accused of illegally tracking the phones of state troopers, the former sheriff and a judge in Mississippi County.

He is also facing a raft of state-level charges, including robbery charges related to a confrontation with a 77-year-old hairdresser. An assault charge in that case was later dropped.

Reached by email this afternoon, Hutcheson declined to comment.