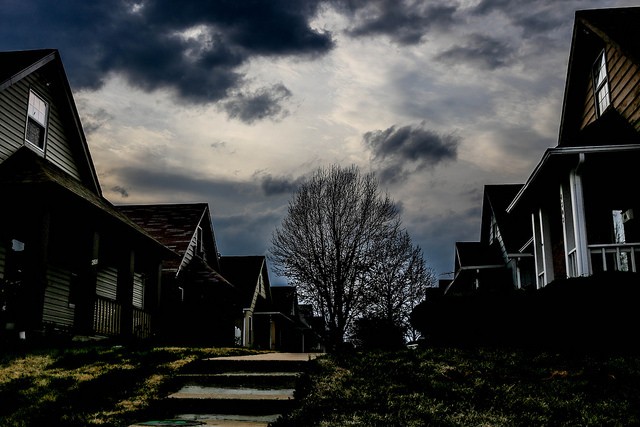 Last week, the Missouri House of Representatives debated a bill that would provide meaningful reform to tax incentive financing deals across the state — increasing transparency on the tax breaks given to developers and empowering local school districts to have a say in the TIF process. House Bill 1236 has drawn support from conservatives, progressives and the Missouri School Board Association.

But the city of St. Louis? It not only opposes the bill, but actually sent its lobbyist to the hearing to speak against it.

At the March 14 hearing, lobbyist Jeff Aboussie offered only the briefest of explanations for his opposition to the TIF reforms, according to three people in attendance. Such tax breaks for developers, he said, should be a matter of "local control."

And that is where we should all pause to spit out our coffee.

For decades, local municipalities providing tax incentive financing to developers have argued they're a necessary evil. We don't want to give away the dollars our school districts and city governments desperately need, they say. We don't mean to be singling out some people as winners and forcing only those without connections (or well-connected lawyers) to pay the total assessment. Not us. We just have to offer these deals or they'll take their business elsewhere.

Now the truth comes out, and in St. Louis, at least, it turns out we're simply opposed to reform. We just really like giving away our tax revenue.

The numbers certainly suggest as much. As the St. Louis Post-Dispatch reported yesterday, the city quietly changed its self-reported stats recently to show that it had given away $29.6 million through tax incentive financing in 2017 alone — much higher than the $17 million previously reported. Much of that money would have gone to the city schools, but the library district, the zoo and other public projects also lost out. The city's general fund lost out on about $5 million. Wonder why St. Louis is facing a big budget shortfall? Hey, only the little people here pay taxes!

Shamed by the progressive activists who call themselves Team TIF, city officials have made noises in the last year about trying to get such subsidies under control. Still, their efforts have pretty much amounted to shaming members who support reigning in incentive deals any time they need something. Yeah, there's been some talk about non-binding guidelines, but even those have been watered down (and appear to be getting flouted on the regular). Local efforts to curb tax incentive subsidies have been incomplete and ineffective.

But if you still want to take Aboussie's argument in good faith and suggest that this is about the need to preserve its local control, fine. Let's talk about what H.B. 1236 really does.

One provision requires a 30-day comment period before any TIF project comes up for a vote. It also mandates that significantly more details about these deals be made available to the public and to those voting.

Opposition to that based on local control? Ha! That only reduces local control if you don't consider members of the public "local."

That's also true of another provision, one that would allow local school districts and others affected by the tax incentives to opt out. The burden would be on the schools to register opposition — and it would take a two-thirds vote of the school board to do so — but it would give them the option. And again, in that sense, it's actually increasing the level of control for locals.

One St. Louis study suggests that the school district here is losing out on $10 million a year thanks to TIF development subsidies. And while City Hall has long argued that development wouldn't happen without the tax breaks, it's doubtful it would simply vanish if meaningful reform was enacted, especially if the whole state was united. Kansas already has an opt-out for school districts just like the one Missouri is contemplating; it's hardly brought the system to a halt.

Molly Metzger, a professor at Washington University and a member of Team TIF who spoke in favor of the bill, says that allowing school districts to weigh in is "a way to make sure the deals aren't overly generous," not to kill them entirely. She notes that when the St. Charles school district objected to how much it would lose on a massive subsidy for the Streets of St. Charles, it resulted in incentives for the project that proved "more balanced" in their costs. "They came to a deal," she notes. And the Streets of St. Charles continues to grow.

The third measure in the bill would reduce the maximum length of such incentives from 23 years to 15. And, OK, that would reduce the city's control. But since St. Louis aldermen have shown themselves all too willing to saddle future generations with sizable debt in order to help out their friends in power, it's hard to argue they need 23 years of power. (If you ask me, really, couldn't we curtail things even further?)

Koran Addo, a spokesman for Mayor Lyda Krewson, says that the mayor "supports comprehensive incentive reform." However, he says, "In general, the mayor prefers incentive reform controls enacted at the local level, rather than at the state level." He also notes, "It's too early to comment on this particular bill, given that it could change multiple times in scope between now and the final vote."

I get her hesitation to endorse anything in Jeff City, given the bill's potential for shape-shifting. But by the same token, can we at least pull the city's lobbyist back from flat-out opposition?

The last year has made it clear that City Hall has no appetite for getting tax giveaways under control. The problem has been identified, scrutinized and endlessly debated, but the developers and lawyers who subsidize political campaigns in this town still retain the power. And their interests, suffice it to say, are not our interests .... the residents' interests. The locals' interests.

Mike Tsichlis, treasurer of the Lindbergh School District, argued just that in his testimony last week.

"Is it right to allow a municipality — including those driven by desperation and political necessity — to divert from school districts and other public entities millions of dollars of their own taxpayer-approved revenue without allowing the governing board to determine for themselves whether those projects are viable enough to merit their support?" He adds, "[P]ublic education and other public entities deserve a full seat at the table when it comes to TIF-subsidized projects."

That's the opposite of taking away local control. That's a case of granting it — and one every taxpayer in St. Louis ought to get behind.