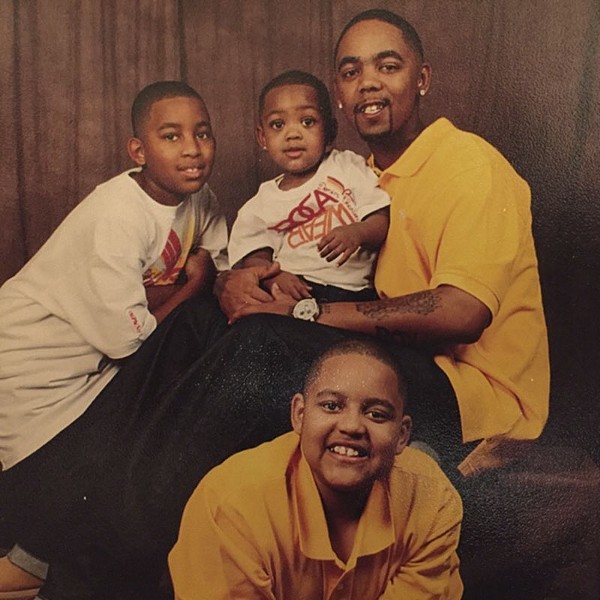 On January 1, 2017, a sweeping reform of Missouri's criminal statutes eliminated one the harshest punishments meted out to repeat drug offenders — a special provision that barred the possibility of parole.

Enacted in 1989, the provision had the effect of keeping certain drug offenders in prison far longer than other serious felonies. Parole allows the vast majority of convicted criminals— even murderers and rapists — to appear before a parole board, generally after serving around 25 percent of their sentence. The drug offenders were denied that opportunity.

In 2014, the state legislature approved numerous revisions to Missouri's criminal codes, among them those statutes defining the punishment for drug offenses."No parole" was erased from the books.

But the reforms were not considered retroactive, and the new statute did not address the fate of the more than 100 people actively serving no-parole sentences in Missouri prisons because of the old law.

One of those inmates, Dimetrious Woods, was featured in a 2016 RFT cover story. Woods is serving a no-parole, 5-year sentence. Before his conviction in 2007 for drug trafficking, prosecutors charged him under the state's "prior and persistent drug offender" statute, triggering the no parole provision. That would put his release date in the distant year year 2032.

Yet last month Woods walked out of his first parole hearing. A Missouri Department of Corrections spokesman confirms that he is slated for release — as soon as this month.

Woods is not the first no-parole prisoner to assert in court that the 2014 repeal is retroactive, and that it should clear the way for inmates like him to face a parole board. But he appears to be the first to persuade a judge.

After twelve years of incarceration, Woods, now 38, intends settle in with one of his adult-aged sons in St. Louis. He has a new grandchild to meet. He's already planning a surprise visit to see his twelve-year-old son at school.

But Attorney General Josh Hawley wants to send him back to prison.

For years, Woods tried and failed to reverse his 2007 conviction. At trial, Woods' criminal history — including a drug felony he'd committed as a teenager — allowed prosecutors to charge him as a prior offender.

In 2006, Woods and another man were driving from Kansas City to St. Louis when they were pulled over by the Missouri Highway Patrol. Troopers discovered nearly twenty pounds of cocaine in the car's trunk. Already on probation for a previous felony, Woods made the questionable decision to fight the charge in court. At a bench trial, a judge ruled Woods guilty and sentenced him to 25 years, to run consecutively with a four -year sentence stemming from violating his probation. No parole.

In contrast, Woods' accomplice struck a deal with prosecutors to avoid trial. He pleaded guilty and was paroled after seven years.

"I started researching retroactivity and parole eligibility issues," Woods tells RFT. "I knew that it should make sense. How could [the legislature] make such progressive move and it be not applicable to someone like me?"

In 2016, Woods exhausted his options for appealing his trial conviction. Looking for the next strategy, he began digging for cases that showed new legislation altering an old parole status. One case stood out in particular: Nixon v. Russell. In that 2004 case, the Missouri Supreme Court ruled that a judge could grant parole eligibility in light of a new law.

Most relevant to Woods, however, was the court's test to determine which laws can be applied retroactively. Any changes to the criminal statutes are presumed retroactive, the court stated, unless the new statute "reduces or increases the offender’s sentence" or changes the basic definitions of the crime. A change in parole status, the state's highest court found, didn't do that.

Triumphantly, Woods realized what he'd found: "Parole eligibility issues have nothing to do with the sentence."

"I studied this; it was my life," Woods says. "Instead of playing basketball or chess, I just studied this issue. And sure enough, the case law was on point."

Woods drafted a motion for declaratory judgement and gave it to his attorney, Kent Gipson. The lawyer confirms that it was his client who penned the argument that ultimately swayed Cole County Circuit Court Judge Daniel Green.

"Dimetrious took the bull by the himself, and drafted the initial petition," Gipson says. "I agreed to run with it."

The motion blasted the Missouri Department of Corrections for denying Woods access to a parole hearing, and stated that because of the department's "inaction and failure to remove the now defunct 'no parole' stipulation," Woods and approximately 120 offenders "are held in the same position under a statute that no longer exists."

The motion cited the 2004 Missouri Supreme Court case (among others) to build its argument for Woods' parole eligibility. Regardless of parole, the convicted drug offender would still serve a 25-year sentence, the motion noted. The only difference is that, with parole, he could serve the rest of the sentence on probation, instead of behind bars.

"Its repeal does not lengthen or shorten petitioner’s sentence," the motion reads, before citing the Missouri Supreme Court decision. "Accordingly, Russell requires this Court to order respondent to apply the repeal of [the old criminal statute] retroactively to allow petitioner to be considered for parole."

The Attorney General's Office objected, arguing that Russell is irrelevant. In rejecting the comparison, the state charged that Woods was trying to lessen his own sentence — which included no parole — thereby accomplishing the very thing the higher court intended to prevent.

"Woods was sentenced as a prior drug offender for second-degree drug trafficking. That sentence required the court to impose a class-A felony sentence to be served without probation or parole," the state's response argued. "Despite the changes to the criminal code, Woods must still serve that sentence."

But Judge Green ruled for Woods. On November 3, he issued a ruling noting the 2004 Missouri Supreme Court case and granting Woods' request for declaratory judgement.

For now, Woods' legal victory is limited to his own case. Gipson tells RFT that he has a handful of other clients serving no-parole sentences like Woods, but Judge Green is opting to put those cases on hold while Hawley's office appeals Woods' win. Gipson predicts the matter could ultimately require input from the Missouri Supreme Court.

The news is a mixed blessing for the roughly 120 inmates currently serving drug-related no-parole sentences. It could take months or years for the Missouri Supreme Court to issue a ruling.

It's no easier for Woods. He gets to leave prison, but there's no telling how long that might last.

"The state is still appealing," he points out. "How much can I get comfortable creating my new life once I’m released? Why are they steady fighting to hold people like me in prison for a law that the legislature has already said is too much? We've won, we had a circuit judge agree with us, and they're still fighting."