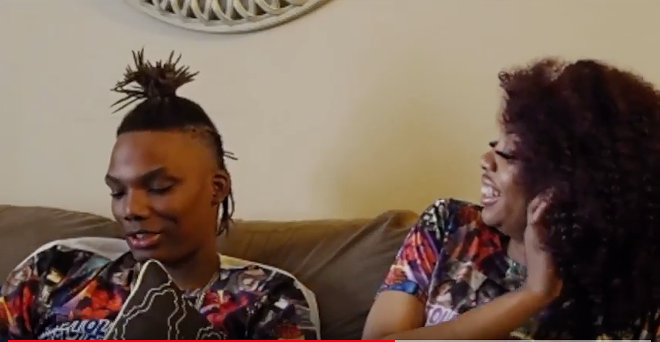 Behind the grand academic buildings and manicured lawns, students at Washington University are working to make sure their campus is a place of social awareness and inclusion. After partnering with a non-profit, a group of students has created a widely successful fundraiser to send two newly engaged cafeteria workers on their honeymoon this summer.

Ben Goodfriend is a sophomore who serves as co-president and co-founder of Unsung Heroes' Washington University chapter. He chose the engaged couple, Slim and Alexxus, for the campaign, and says he's grown to consider them good friends. "They didn't see this coming," he says of their honeymoon windfall.

Goodfriend and his co-president, James Abraham, brought Unsung Heroes to Wash U during their freshman year. The two had been discussing the dynamic between students and the staff on campus when Goodfriend came across an article about the national non-profit.

Founded by a student at Georgetown University in 2015, Unsung Heroes now has chapters at five other universities, with Washington University being one of the earliest. The mission of the non-profit is to foster a culture of appreciation on college campuses by telling the stories of the people that keep the schools running — people like cafeteria workers Slim and Alexxus.

Goodfriend began talking to Slim last fall, seeing him as a potential person to feature on the chapter's website. At that time, the chapter had been holding off on its first big project, waiting for the right cause. When Goodfriend learned that Slim was engaged to another Wash U employee, he knew it was the perfect opportunity. "It's important," he says. "They need it."

With a core of just five students with varying schedules, the chapter raised close to half of its $4,000 goal to send the couple to Jamaica in only two days.

While Unsung Heroes helps members navigate roadblocks and advertise on social media, a large majority of the work comes from the students.

"I spent about two full days at Slim and Alexxus's apartment getting footage, on campus getting B-roll, organizing, talking," says Goodfriend. "We're learning as we go." Their most recent tactic has been meeting with student organizations in person and utilizing technology, like mobile payment system Venmo, to make donating easier.

But Goodfriend says he isn't surprised by the success of the fundraiser. "It's a silver lining in our lack of socioeconomic diversity," he says of Wash U's well-heeled student body. He hopes the campaign's success shows that crowd-sourced fundraising can cure any tendency to inaction.

"The University is not doing enough of what it tells the outside world [it's doing]," he says.

He adds, "It's a counter that separates cook from patron." Unsung Heroes members at Washington University seek to bridge that separation. One way they hope to do so now is by attending Slim and Alexxus's wedding in July 2018.

Check out the campaign page to make a donation, or see the students' video about Slim and Alexxus below.