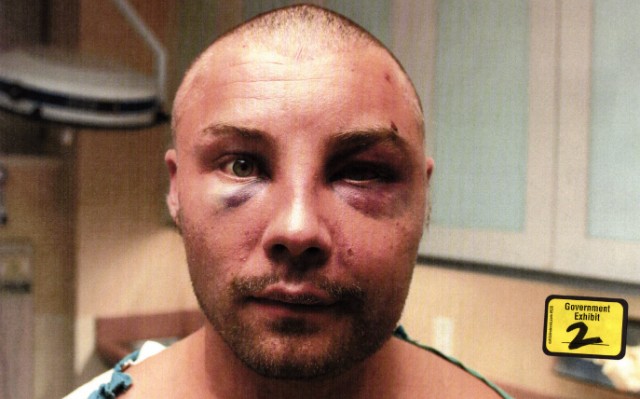 A Eureka man who knew about a vicious kidnapping and did nothing was sentenced today to fifteen months in federal prison.

Zachary Smith, 25, pleaded guilty in May to misprision of a felony, a charge that means he concealed a crime.

In November 2016, Smith visited the home of Blake Laubinger in Pacific, Missouri. Laubinger and his brother, Caleb, were holding a Maplewood man named Ellis Athanas in the basement. Athenas was tied up and had been badly beaten. He and Blake Laubinger had at one time been business partners, selling weed shipped from California by St. Louis entrepreneur Todd Beckman.

Beckman is the founder of BAM Brands, the parent company of a suite of lifestyle businesses, including TanCo tanning salons and Massage LuXe massage parlors. But he was also importing crates of marijuana and selling it through a small network of associates.

Beckman and the young brothers believed Athenas had stolen drugs and money from the operation. As retribution, they planned his kidnapping and held him hostage for three days until Athanas' parents paid a $27,000 ransom.

Beckman eventually pleaded guilty to kidnapping charges and was sentenced on February 9 to twenty years in federal prison. The other defendants are still awaiting sentencing.

Smith has always been the odd man out in the case. He was not accused of planning the kidnapping, and the others were responsible for most, if not all, of the violence. (Athanas has said Smith took a turn torturing him with a Taser, but Smith continued to deny that at Wednesday's hearing.)

His attorney, John Rogers, asked for a prison sentence of a year and a day. He said his client had been a college student at University of Missouri-St. Louis and worked in sales for Red Bull. Smith was unlikely to commit more crimes in the future, Rogers said.

But while U.S. District Judge Audrey Fleissig conceded that Smith's acts were not at the same level as the others, she told him that his role was still significant. Athanas, she said, was "kidnapped, tortured and restrained for days, and the fact is, Mr. Smith, you played a role in that."

Fleissig also noted that Smith had gone with the Laubingers several days before the kidnapping to Springfield during a failed search for Athanas and that he then went and saw what was happening at the house in Pacific.

Assistant U.S. Attorney John Davis said prosecutors were not treating Smith's case as a "watered-down" version of the conspiracy to commit kidnapping charged levied against the other defendants, but as a serious crime —misprision.

The maximum sentence possible was three years. Federal sentencing guidelines recommended no more than two years and three months. Fleissig instead settled on the fifteen-month sentence. She also imposed a year of supervised release and a mandatory $100 special assessment fee.

After the hearing, Rogers provided the following statement: "Mr. Smith and his family are grateful to the U.S. Attorney's Office for charging him appropriately and Judge Fleissig for his sentence of fifteen months. He looks forward to his release in the very near future. Zach is eager to resume his college education next semester."

Correction: Ellis Athanas' name was misspelled in a previous version of this story.