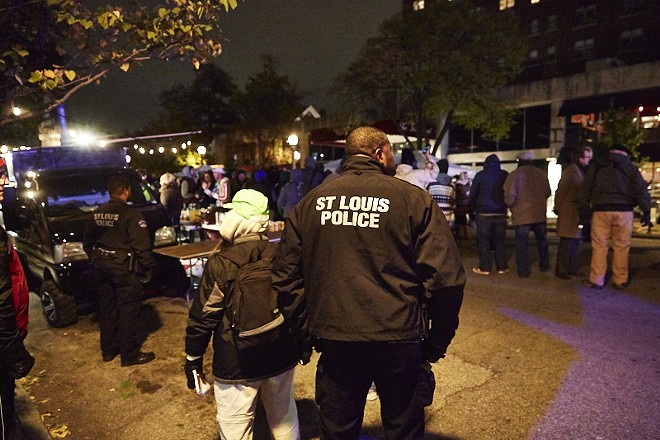 Seven months after Mayor Lyda Krewson's office announced an initiative for all St. Louis police officers to carry Narcan on their belts, the city has yet to equip a single officer with the overdose prevention drug.

Across the country, police officers have increasingly carried Narcan over the past few years as a way to prevent deaths from opioid overdoses. City firefighters and EMS crews carry the drug, as do police in St. Louis County and in St. Charles.

Last July, Mayor Lyda Krewson stated in a comprehensive “Our First 100 Days” press release that “each officer will begin carrying Naloxone (Narcan) on their belt to use in emergencies to block the effects of opioids and prevent overdoses.” About a month later, in August, city police spokeswomen Schron Jackson told the Post-Dispatch that after a pilot program all officers in the department would begin carrying the overdose antidote. The pilot project is in the first police district of St. Louis, in south city.

But seven months after the mayor’s statement, when the Riverfront Times reached out to the department to find out how often Narcan had been used by officers, Spokeswoman Michelle Woodling said, “St. Louis Metropolitan Police officers do not carry Narcan at this time.” While the pilot program is in place and many officers had been trained in the use of Narcan, Woodling explained, officers had yet to be given the prevention drug while on patrol.

Koran Addo, a spokesman for Krewson, tells the RFT that right now 100 city police officers have been trained in the use of Narcan and the intention is for all to be trained by the end of the year. As for when officers will actually be equipped with the drug, Addo deferred to the police. He added that finding money with which to secure the drug was the primary road block in terms of getting all officers equipped.

By way of comparison, police in St. Charles committed to carrying Narcan in January 2017 and shortly thereafter officers began learning how to use the drug. Officers who received training began carrying the drug immediately, though Lieutenant Tom Wilkison of the St. Charles PD did say that training occurred on a rolling basis and it took about a year to get everyone in the department equipped and ready to use it. The most significant obstacle was finding money in the budget for the drug, Wilkison says. Narcan can be expensive to maintain because in addition to the initial purchase, the drug can lose efficacy if it’s exposed to temperature extremes, i.e. left in a car in the middle of summer or winter.

A relatively early adopter of the Narcan strategy was the police department in Clermont County, Ohio (an area just outside Cincinnati with a population of about 200,000). Officers there began carrying the drug in 2014. Sheriff Robert Leahy tells the RFT that “no more that ninety days” passed between when his department committed to carrying Narcan and when officers were all trained in its use and supplied. Leahy said his Opiate Task Force settled on the Narcan strategy in the summer of 2014, began training in September and by the end of the month all officers were trained and all cars equipped with first aid kits containing Narcan.

Asked further about obstacles and a timeline, city police Sgt. Keith Barrett said a legal and administrative policy review had been conducted and “implementation of program is forthcoming.”

According to recent data from Massachusetts EMS, individuals who overdose survive more than 90 percent of the time after receiving Narcan.