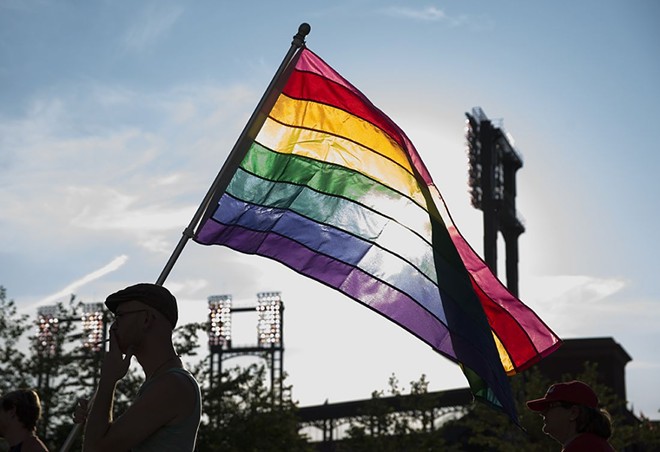 For twenty years, activists have sought to persuade Missouri lawmakers to make it illegal to fire and evict LGBTQ people from their homes based on their sexual orientation and gender identity. This year, they're hoping, the twentieth time might be the charm.

Legislative supporters first introduced the Missouri Nondiscrimination Act a full two decades ago. But it's fallen short of approval every year since.

The bill is referred to as MONA, and advocates will be in Jefferson City on Wednesday morning to push state reps and senators to recognize that their LGBT constituents deserve the same rights as other humans.

"We do know that we have more supporters than we've ever had before," says Steph Perkins, executive director of PROMO, a statewide LGBT advocacy organization.

PROMO is gathering supporters at 10:20 a.m. tomorrow in the Capitol rotunda. The organization's annual Equality Day rally will ask elected officials to support any of three versions of the bill introduced in the House along with a Senate bill.

The organization opposes another version, sponsored by Rep. Mike Stephens (R-Bolivar) because it essentially drops the T from LGBTQ, seeking equal housing, employment and public accommodation rights for gay and lesbian people, but not those who are transgender.

Perkins says Stephens may have good intentions, but he says that PROMO and other like-minded organizations will only support bills that include the entire LGBT community.

"We've already decided as a community it's non-negotiable," Perkins says. "We don't want to see progress for some of us at the expense of others."