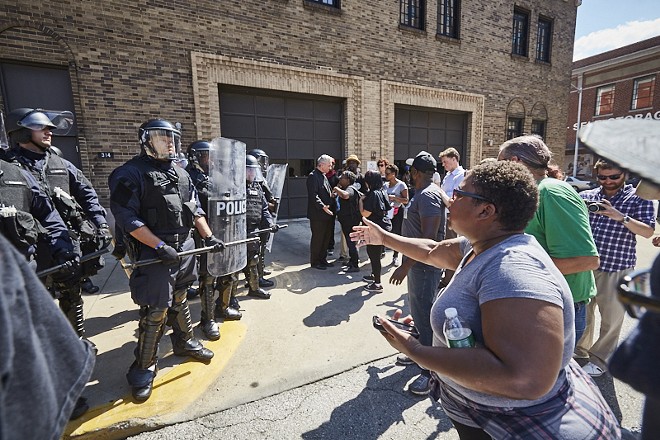 In a bid for popularity straight from the playbooks of geeky first-graders and occupying armies, the St. Louis Metropolitan Police Department announced recently that its officers will start passing out candy.  The idea is to win over youth, building the relationships necessary to excel at that crime-solving stuff.

But the officers needn't rely solely on Tootsie Rolls. Even beyond the suggestions from the union that represents black officers — which has called for deescalation training, as well as baseball cards, a popular handout a decade ago — we have a host of ideas that would rebuild trust in the city. Some of them won't even cost a dime.

Without further ado, here are our modest proposals for the department.

15. Replace guns with bubble wands
14. Require that the standard command becomes "Put your hands up and have a nice day!"
13. Mandate taste-training to instruct local forces on the difference between a weapon and an essential ingredient in home-made fruit chutneys
12. Before pat-downs, have officers ask suspects if they have anything they'd like to throw away before proceeding with the search
11. White officers can't carry guns anymore; black officers get two guns
10. Officers on duty must moonwalk everywhere
9. Officers may only carry Revolutionary War-era firearms
8. Officers must dress like their favorite WWE wrestler while on duty
7. Officers must give piggyback rides to anyone who asks politely
6. Before drawing their weapon, officers must loudly proclaim three things they really like about Frederick Douglass
5. All patrol cars must blast the Black Panther soundtrack
4. Instead of bullets, have guns shoot home loans at people — pre-approved
3. Better yet, just arrest a bunch of bankers and mortgage brokers. Who wouldn't love that?
2. Read the motto on the side of the car and just, like, really take that "protect" part seriously
1. Stop killing people.

You know what? We've reconsidered. Go ahead and throw out the first fourteen items. So long as the department tackles this, we suspect they'll be A-OK skipping not only the moonwalk, but the candy too.