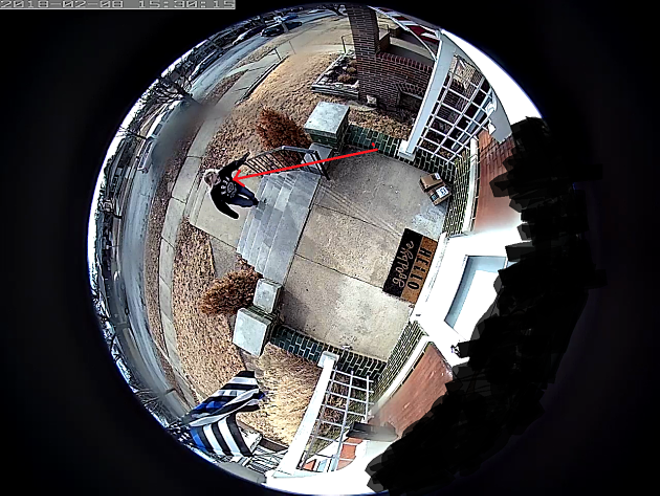 St. Louis police are asking for the public's help in identifying an alleged package thief.

According to a news release this afternoon, detectives in District 1 are seeking information about a woman who allegedly stole two packages off of the front porch of a home on the 4100 block of Walsh Street in the Bevo Mill neighborhood.

The incident occurred on February 8 between 3:15 p.m. and 3:30 p.m. Police say the suspect is approximately 5'4" to 5'6", thin build, with dyed blonde hair and dark roots. On the day of the theft, she was wearing a sweatshirt with "KR3W" on the front, a pair of blue jeans, white-soled tennis shoes and dark sunglasses.

She came and went in a vehicle police say appears to be a sliver or gray Dodge Ram pickup with running boards. 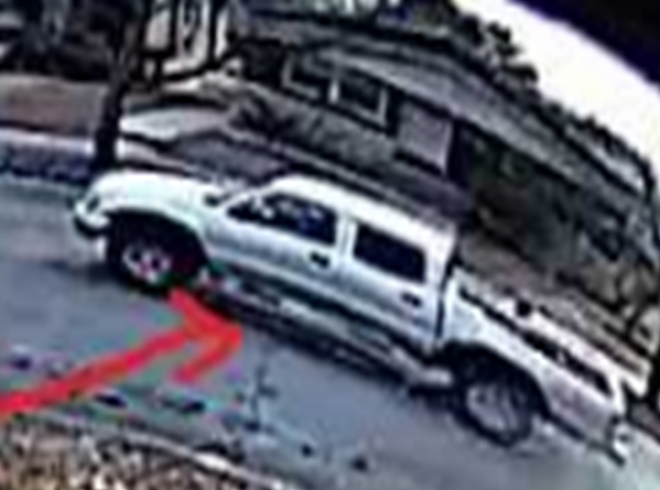 Left unclear is why, in a city chock-full of porch package thefts, this particular suspect stands out enough to warrant her own news release. A representative for the police department only tells RFT that they post pictures at the request of detectives to assist them in identification and that it is common for them to ask for help from the community — leaving us to speculate wildly as to the specifics:

What was in those boxes, a bunch of drugs or something? Weapons? Diamonds?! Or maybe this lady is a repeat offender, responsible for many of the package thefts that have plagued the area recently? The Package Theft Queen, finally undone? The mind reels.

Or maybe it has something to do with the Blue Lives Matter flag mounted on the victim's porch?

Whatever the case may be, police ask that anyone with information on the suspect contact CrimeStoppers at 866-371-TIPS.

[This story was updated after being published to include comment from the police department.] 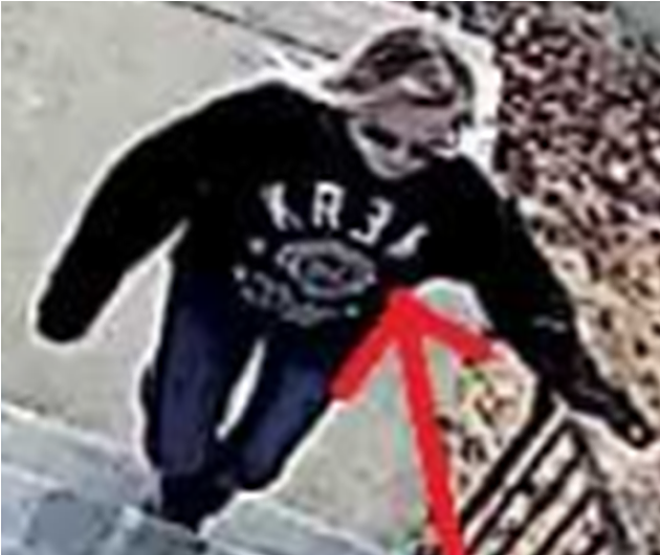 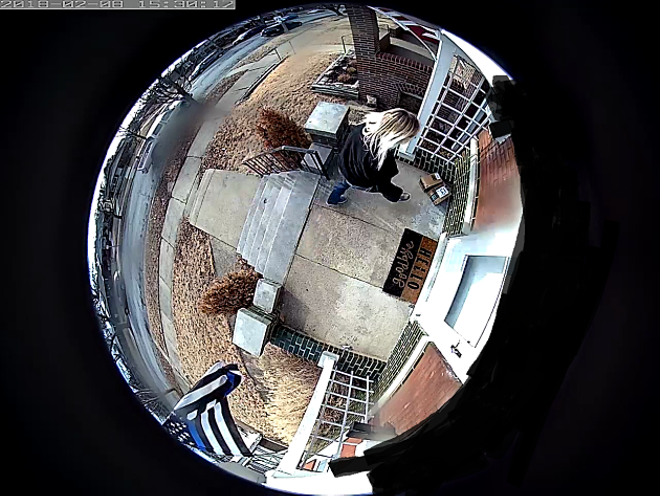