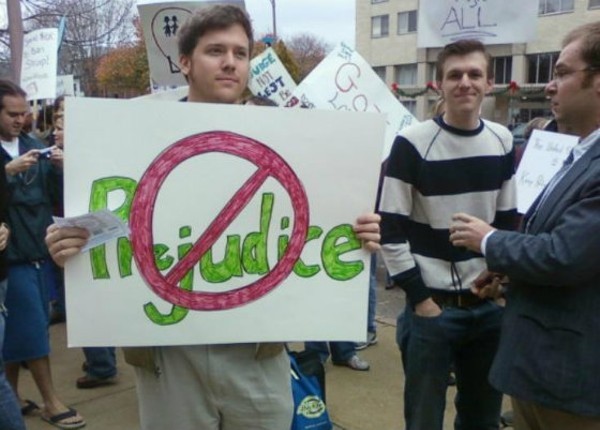 James O'Keefe, the filmmaker behind a hilariously busted scheme to embarrass the Washington Post back in November, is heading to St. Louis next week to bask in a conservative love-fest courtesy of the Phyllis Schlafly Eagles.

The founder of Project Veritas will receive the inaugural "Kitty Werthmann Award" for his work exposing "the dirty playbook of the radical liberal agenda," according to a press release from the organization's president, former Missouri GOP Chair Ed Martin. The ironies are multiple: Not only is O'Keefe's playbook famously dirty from cover to cover, but he's had more high-profile failures than, dare we say, Ed Martin himself.

Most recent, of course, was the failed WaPo setup. O'Keefe's project apparently hired a woman to pretend she was a victim of senatorial candidate Roy Moore. The conservative provocateur seemed to want to show the paper would fall for any old story — and that it was desperate to take down Moore. Instead, the daily published a story exposing the failed sting. Not only did they find a GoFundMe campaign the woman had set up to help her relocate for a new job to "combat the lies and deceit of the liberal MSM" — but they actually spotted her at the offices of Project Veritas.

O'Keefe's career is littered with similar embarrassments and controversies. In 2009, a "sting operation" he conducted against ACORN purported to show employees dispensing advice on setting up a brothel. O'Keefe later settled a lawsuit from a former ACORN employee for $100,000. Since then, O'Keefe has repeatedly attempted to embarrass news organizations, reporters and left-wing organizations. He’s usually the one left with egg on his face.

O'Keefe's playbook had a moment here in St. Louis, too. Back in 2009, when he was a Tea Party darling, O'Keefe deployed his trademark tactics by going "undercover" at an LGBT rally outside the St. Louis Cathedral Basilica.

At the time, the St. Louis archdiocese was under fire over its gift of $10,000 to help defeat a same-sex marriage vote in Maine. O'Keefe and several comrades attempted to disrupt the gathering by shouting down other speakers and holding up a sign reading, "Free Abortions."

The prank went off with all the impact of a defective whoopie cushion. Here's how St. Louis Activist Hub described the scene:


O'Keefe and Basel tried to pretend that they were still "undercover" even after everyone knew who they were. Furthermore, several people at the rally saw O'Keefe's group write "free abortions" on one of the signs in an attempt to distort the protesters' message. These "champions of free speech" spent their time maliciously trying to interfere with another group of peoples' right to express themselves.

O'Keefe has gone on to build his career on similar undercover stings and misleading video editing. He's been arrested for entering federal property under false pretenses and tried to pull off a "seduction" prank that wouldn't pass ethical muster in a high school newspaper.

Then again, O'Keefe fits the combative conservatism upheld by Martin and the Phyllis Schlafly Eagles, a break-off group that Martin founded after a massive falling out with the Eagle Forum. In September, the group flew presidential adviser Steve Bannon in to St. Louis to speak at its Eagle Council 2017.

Of course, months after his sojourn to St. Louis, Bannon is now a persona non-Trumpa, scorned even by Breitbart, a man in true disgrace. But that's hardly the future we'd anticipate for O'Keefe. Thanks to the WaPo's expose, we'd posit, he's already there.