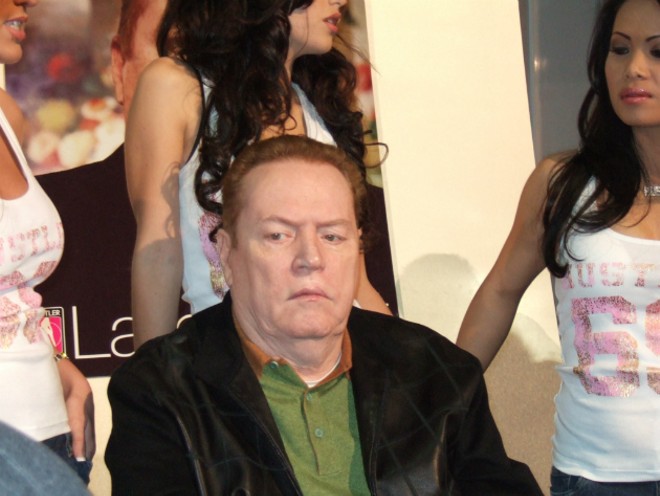 Joseph Franklin, a violent white supremacist, was killed by lethal injection in 2013 in Missouri.

Flynt was paralyzed from the waist down when he was shot by Franklin in 1978. An opponent of the death penalty, the longtime publisher of Hustler magazine argued against killing Franklin and has continued to push for information about Missouri's secretive execution process since his assailant's death.

A district court previously blocked Flynt's request for records, and attorneys from the ACLU of Missouri will argue today on his behalf in front of the Eighth Circuit Court of Appeals.

Franklin may have murdered more than twenty people, targeting Jews and blacks between 1977 and 1980, authorities say. He was sentenced to death for killing Gerald Gordon in a sniper attack on Brith Sholom Kneseth Israel synagogue in Richmond Heights.

Flynt has argued that if Missouri is going to execute people, the process should be transparent. But that's not the way the state's Department of Corrections has seen it. The department previously tried to hide information about its supply of an anesthetic called propofol, which it planned to use in executions against the foreign manufacturer's wishes.

The state has suggested Flynt may be seeking to unmask an anesthesiologist involved in Missouri's executions and might publish the person's identity. There is a state law against that, and the ACLU has said in a brief that Flynt has no intention of breaking that law.