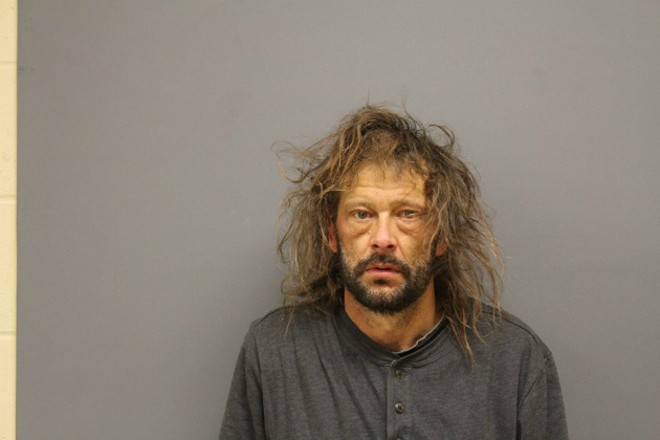 A 48-year-old Union man sexually assaulted an eight-year-old in a hotel room and forced her to eat meth that he had rolled in toilet paper, authorities say.

The girl told her mother, who took her to the hospital and reported the man to police, according to a news release from Washington police.

The man, Brett Pendleton, has been charged with felony counts of first-degree endangering the welfare of a child and sodomy or attempted sodomy with a person less than twelve years old.

Police say Pendleton rented a room with the child on New Year's Day at the American Inn in Washington. The grade schooler's mother arrived that evening, and the girl motioned for her to go into the bathroom so they could talk out of earshot of Pendleton.

Once alone, the girl showed her mother her body and said she thought Pendleton might have hurt her, police say. The mother took her daughter to Mercy Hospital, where she made a police report. The girl told investigators Pendleton had sexually abused her several ways and forced her to smoke marijuana and cigarettes along with eating the meth.

Pendleton was driving away from the motel when officers arrived, but they pulled him over shortly after. Once at the police station, he admitted to abusing the girl and giving her meth, authorities say.

The Union resident has spent the past twenty years in and out of jail and state prison for a variety of crimes, including burglary, trespassing, failing to pay child support, driving offenses and the distribution, delivery or manufacture of drugs, court records show. The state of Missouri considers him a persistent offender.

Pendleton was jailed in the current case on $250,000 cash-only bail.