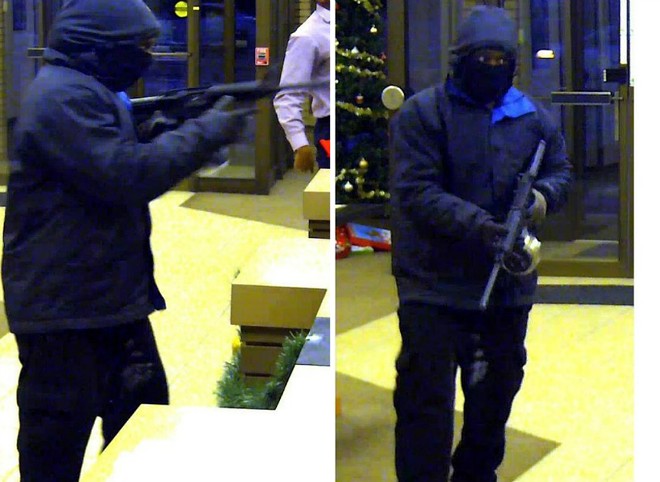 The robber, whom the FBI is calling the "Left-Handed Bandit," walked into Great Southern Bank, 10385 West Florissant Avenue, at 5:09 p.m. His face was covered with a navy-colored ski mask, and he had the hood on his jacket pulled up.

Still shots from a surveillance video show the masked man leaning over the bank counter with the butt of his rifle pressed into his shoulder. The FBI says he escaped with an undisclosed amount of cash. No one was injured, but the FBI warned that the man should be considered armed and dangerous.

The agency is investigating the case with Ferguson police.

Great Southern is offering a $10,000 reward for information in the case. In addition to the mask and jacket, the robber was wearing black cargo pants, white-and-grey tennis shoes with yellow soles, and grey-and-black gloves. He was also carrying a black duffel bag, according to the FBI. 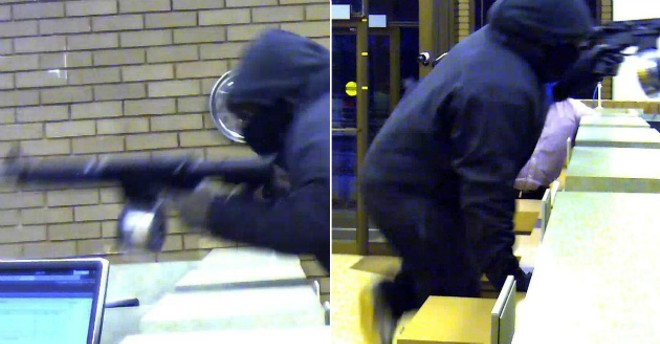