Bobby Bostic, Sentenced as a Teen to 241 Years, Appeals to U.S. Supreme Court 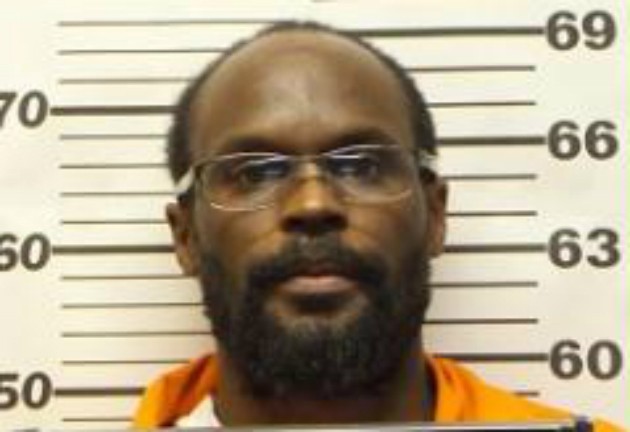 As a newly convicted teenage felon in the mid 1990s, Bobby Bostic stood in front of a judge who told him as plainly as she could that he would die in prison.

To make sure, she ordered him to serve 241 years. Baker was not technically imposing a sentence of life in prison without parole — that wasn't a possibility — but Bostic's lawyers from the American Civil Liberties Union of Missouri argue that's effectively what she did.

On Wednesday, the ACLU petitioned the United States Supreme Court to take up Bostic's case.

"Bobby Bostic should get a chance to show that crimes he committed as a teen do not define him," the ACLU's state legal director, Tony Rothert, says in a statement. "The Constitution demands nothing less."

Two of the Supreme Court's rulings in recent years have barred judges from imposing sentences of life without parole for juveniles who haven't killed anyone. But Missouri is one of a small number of states arguing that doesn't apply to defendants who aren't technically sentenced to life without parole — even if their sentences add up to just that.

Bostic was convicted of eighteen crimes stemming from an armed robbery and carjacking committed in 1995 when he was sixteen. He and an eighteen-year-old accomplice held up a group of do-gooders delivering gifts for the poor on the north end of the Hill neighborhood. The teens shot two of them, even though their victims handed over cash and a wallet. According to a St. Louis Post-Dispatch story from back then, the victims miraculously survived the ordeal with only nicks and scrapes because their thick, winter coats slowed the bullets.

Shortly after the robbery, the two teens carjacked a woman. The accomplice held her at gunpoint and groped her, possibly searching for money, while Bostic drove. The woman testified she thought she was going to be raped, but Bostic intervened, and they released her.

After they were caught, the older teen wisely took a plea bargain for 30 years and will be eligible for parole next year.

But Bostic made the ill-advised decision to go to trial. There, he was convicted.

Judge Baker might have allowed the penalties to overlap so that Bostic could basically serve multiple sentences at one time. Instead, she chose to lay them out end-to-end-to-end until they totaled 241 years.

"Your mandatory date to go in front of a parole board will be the year 2201," the judge said. "Nobody in this room is going to be alive in the year 2201."

In the nearly two decades since then, the Missouri Supreme Court and an appellate court have refused to reconsider the sentence beyond summary rejections of Bostic's appeals. Now 38, he is hoping the U.S. Supreme Court will pluck his case from among the thousands of petitions it receives every year.

The ACLU points out there is confusion among states as to how they should interpret the court's prohibition against locking away juveniles "without any meaningful opportunity to obtain release."

If Bostic had committed his crimes in Kansas or Colorado or a number of other states, his sentence would have been recognized as unconstitutional because it gives him no opportunity ever to leave prison, the ACLU notes. He currently is not eligible for a parole hearing until he is 112 years old.

Yet that does not equal life without parole in the eyes of the Missouri Supreme Court. To split the hairs even thinner, the state Supreme Court claims the U.S. Supreme Court rulings pertain only to a defendants convicted of a single charge, not multiple charges added together.

In practice, that means Bostic would have been better off committing a single act of murder than being convicted of multiple, non-fatal crimes.

"The Missouri Supreme Court believes the ruling only applies when a state uses the magic words 'life without parole,'" ACLU of Missouri Executive Director Jeffrey Mittman says in a statement. "We believe otherwise. Not only is this sentence unconstitutional, it is reprehensible."