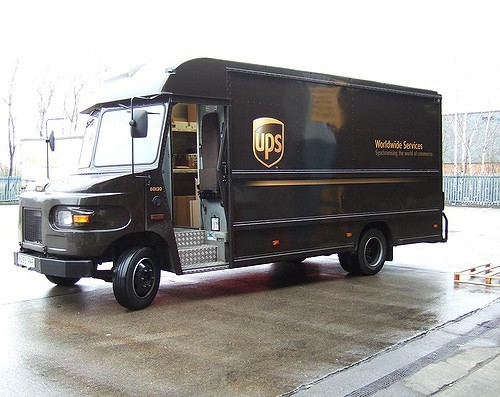 One Missouri UPS driver is totally over this whole holiday rush thing.

On Monday morning, Sandy Bast of St. James, Missouri, heard a loud noise outside her house. Upon investigating, she found a man throwing packages out the back of a U-Haul truck, KMOV reports.

The man was a UPS driver, and the packages he was flinging were deliveries. (UPS told KMOV that it sometimes uses U-Hauls during the busy holiday season, though Bast didn't know that at the time.)

“I could tell he was very angry and to be honest I was scared to death because I don’t like angry men outside my door,” Bast told the TV station.

Bast recorded the whole thing on her cell phone, sharing it on Facebook and with KMOV to warn others why their deliveries might be damaged. She estimates that the driver chucked about 25 packages into her yard — and, oddly enough, ended up loading them all back into the truck and driving away.

"I have no idea what he was so upset about," Bast told KMOV.

UPS representatives showed up at Bast's home within a few hours of KMOV contacting the company. Bast says they were very apologetic and that she appreciated what they had to say.


"Thank you for bringing this to our attention. UPS employees receive regular training on the company’s methods and procedures to safely transport and deliver packages. Mishandling packages is not tolerated. We will investigate the situation and take appropriate action."

You can see Bast's video of the incident in the KMOV report here.